Skip to content
Sun. Dec 4th, 2022
Politicians and mainstream media are praising the appointment of former FBI Director Robert Mueller as head of an investigation into alleged collusion between Russia and President Donald Trump. But Mueller’s poor handling of the 2001 anthrax attacks should give many cause for concern. 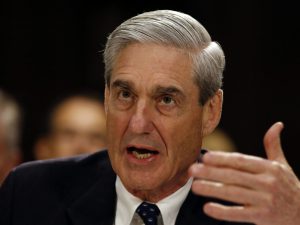 OAKLAND (Analysis) — Amidst the overwhelming bipartisan praise given to former FBI Director Robert Mueller for his appointment as special counsel in the Trump-Russia investigation, few media outlets have voiced concern over his credentials. Mueller’s unforgivably poor performance during an investigation into the 2001 anthrax scare should give pause to those who hope to find out the truth about Russia’s alleged involvement in U.S. politics.

In October 2001 – less than a month after the 9/11 terror attacks – weaponized anthrax spores were sent through the U.S. mail system to prominent politicians and journalists. The anthrax attacks generated hysteria and panic, as well as created the perception that terrorism was going to remain a major threat, with 9/11 representing just the first wave.

The anthrax attacks also provided the George W. Bush administration with the opportunity to create a three-way connection in the public consciousness between the 9/11 attacks, the anthrax attacks, and Saddam Hussein. The “WMD lies” that would lead the U.S. into war in Iraq were hatched from one initial lie: that the anthrax mailings had fingerprints that could be traced back to the Iraqi government’s biological weapons program and that they represented a second wave of terrorism.

Major players in the U.S. government made strong efforts to link the anthrax attacks to the Iraqi government – efforts that Mueller played no part in. But in the following six years, Mueller did participate in a public disinformation campaign that muddied the waters regarding the 2001 anthrax attacks.

He and his bureau were in a position to unravel the underlying rationale for mounting an illegal invasion that left over a million Iraqi civilians dead. Instead, they worked to bury that rationale and stoke fears that would help to prop up public support for the invasion. Looking back at the way in which the case was handled, it is clear that Mueller may not be the most suitable candidate for heading the ongoing investigation into “Russiagate.”