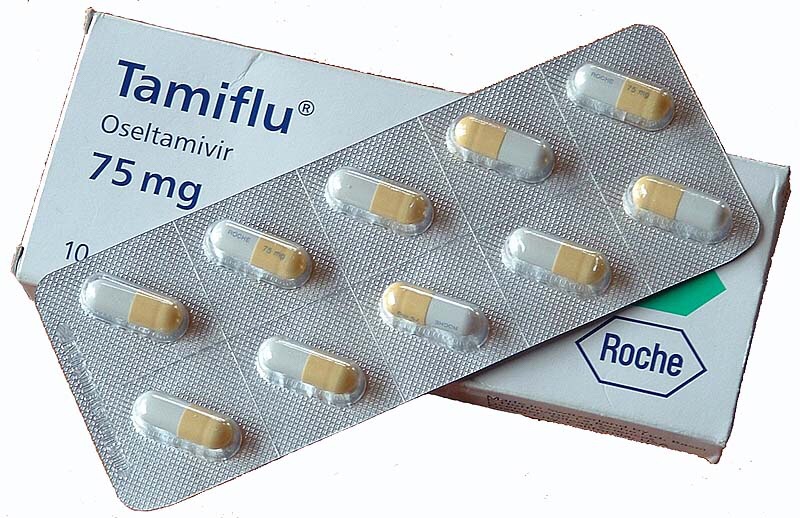 With all the alarming flu death headlines making the rounds these days, it’s easy to see how someone could be frightened into taking flu medications to be “on the safe side.” Unfortunately, the popular flu drug Tamiflu is anything but safe, and more examples of its potential dangers are coming to light as the flu epidemic continues in full swing. So why exactly is this drug, which has been banned for children in Japan, still so highly recommended in the U.S.?

In the latest Tamiflu nightmare, a two-year-old experienced hallucinations that caused him to become violent after taking the medication. The young boy, who is normally calm, slapped his mother in the face shortly after taking the drug. He twitched all night, and he began to pick invisible items off his arms, saying that they hurt him. His hallucinations, seizures, and odd behavior stopped after his parents took him off of the flu drug.

Earlier this year, a six-year-old girl who was taking Tamiflu tried to jump out of her second-story bedroom window, while an 11-year-old Texas girl told her father she heard the voice of the devil in her head while taking the medication.

The parents of a 16-year-old boy from Indiana believe that Tamiflu caused him to take his own life last week. They report that the boy had never expressed any type of suicidal thoughts in the past, nor did he have any signs of depression. He was thriving in school and sports. The only thing that changed in the days leading up to his suicide, they say, is that he had started taking Tamiflu. They say that they were not warned properly about the side effects, as the drugs warning label mentions “abnormal behavior” without explaining what exactly that could entail. His distraught mother is now trying to spread the word to spare others such a tragedy. Tamiflu, not surprisingly, wouldn’t comment on the specific case, but they did state: “Neuropsychiatric events have been reported during the administration of Tamiflu in patients with influenza, especially in children and adolescents.”

The drug’s informational insert does mention “neuropsychiatric events” but the language is very soft, suggesting they could be caused by the flu itself. In Japan, there have been so many reports of dangerous hallucinations that giving it to children and teens has been prohibited. There, a concerning number of reports came in of young people trying to jump from vehicles and windows and running out in traffic while taking the drugs. Several young people attempted suicide while taking Tamiflu, and a few were successful. 2005 saw 12 deaths and over 100 cases of odd behavior that included hallucinations and delirium in Japan.

Why do doctors continue to give this drug to American children?

Therefore, it’s not surprising that Japanese authorities banned the drug in those aged 10 to 19 back in 2007, and South Korea came out with a similar warning. The only thing that is surprising is that it is still routinely given to American children with flu. With more than 550 confirmed cases of Tamiflu-induced hallucinations on record in the country since 2009, it’s nothing short of outrageous that more isn’t being done about this problem. It’s even more mind-boggling when you consider how many times this could have happened and a connection to Tamiflu either wasn’t made or wasn’t reported.

There is no doubt that the flu can be quite serious, but the drug’s efficacy record doesn’t make it worth the risk. The CDC itself has admitted that people with the flu who are otherwise healthy do not need antiviral drugs. Yet doctors continue to prescribe it to young people across the nation. How many people have to report these scary side effects – or even die – before something is done?