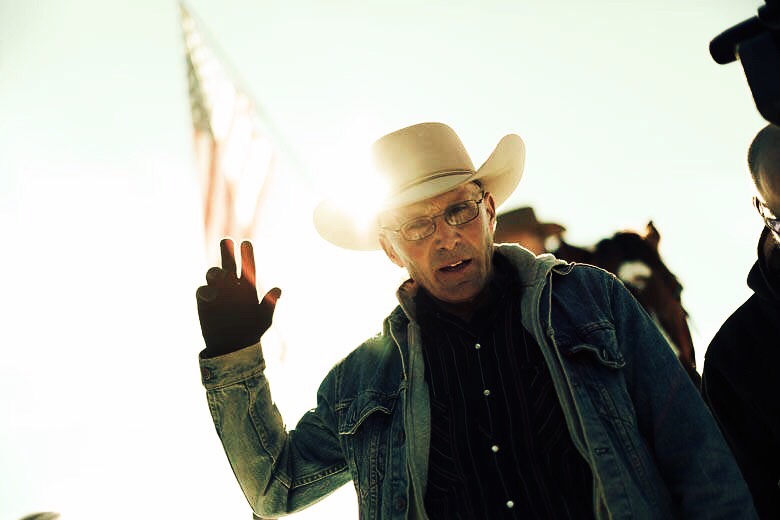 The trial of W. Joseph Astarita, a member of the FBI’s Hostage Rescue Team (HRT), has begun in Portland, Oregon centered around charges against him that he both lied and obstructed justice concerning the shooting and subsequent death of Robert “LaVoy” Finicum on January 26, 2016.  However, a bombshell was delivered by the prosecution in which they alleged that a total of eight shots were fired, but only two shell casings were recovered.  They claim that Astarita took that other six shell casings.

He is facing two counts of making a false statement, alleging he lied to his immediate FBI supervisor at the scene and another FBI supervisor several days later about shooting at Finicum’s truck.

Astarita also faces one count of obstruction of justice in his initial interview with Oregon State Police on the night of the shooting.

Astarita has pleaded not guilty to all of the charges.  It should also be noted that he walked out a free man without posting bail, a courtesy not afforded to those arrested on January 26, 2016.  They spent nearly two years in prison and had a prosecution that violated their rights and broke the law doing so.

The jury of 9 men and 3 women were seated on Tuesday with opening statements this morning, Wednesday, July 25th.

The prosecution put forth strong arguments against Astarita, with the defense following up by grasping at straws in their strategy to show some reasonable doubt for their client.

To begin with, according to the prosecutor, there were eight (8) shots fired with only two (2) shell casings being recovered. The prosecution suggests that Astarita collected the missing six (6) casings.

Included in the defense opening statements were that their client could not have fired at the vehicle because he is one of the finest shooters in the world and, therefore, would not have missed his target. They contend that this should prove his innocence. They did not address the fact that he may very well have hit his mark exactly, if he were attempting to provoke the Oregon State Patrol (OSP) into shooting at the truck.

The defense has also attempted to cast doubts on the trajectory analysis for varying reasons, including that the snow may have melted enough to change the position of the truck, thereby invalidating all of the analysis.

Additionally, the defense team talked about the Federal agents picking up the shell casings. Claiming that these men are trained to pick up all of their equipment, they said that the agents could actually have been picking up LIVE ROUNDS from the ground, as they were concerned about militia members possibly coming to the scene. This is apparently a new protocol, as I have never heard of the regulations being to clean up the crime scene before the investigation has concluded, or even begun.

Another bombshell statement was made that an agent from the first stop called ahead to the agents at the second stop after Finicum sped away in the truck. The first agent made remarks that Finicum refused to stop and therefore they would have to “shoot him”. These statements go to their justification defense. The law is clear that they are only justified in firing their weapons for self defense or defense of others, so this explanation is another desperate attempt by the defense.

We are waiting to see how the trial attorneys deal with the issue of the FBI ordering the OSP not to turn body cameras on.

Additionally, Finicum’s truck will be taken to the courthouse for review by the jury.  Photos can be seen of the vehicle at Oregon Live.

Finicum’s widow, Jeanette, said she will attend the trial, which is expected to take 3-4 weeks.  She has also filed a wrongful death lawsuit against the FBI and the Oregon State Police.

Though the Oregon State Police were apparently responsible for actually shooting Finicum to death, the FBI claimed to investigate several of their agents concerning failing to report that they fired shots at Finicum and his vehicle. They apparently disposed of the bullet casings as well.

“Our family is praying that justice will be applied fairly and truthfully, and that the jury will see and hear all the facts in the case. It is our hope that if this agent committed these crimes that he would be treated no differently than the rest of us,” Mrs. Finicum said Monday. “Our prayer is that this will not happen again to another family.”

The entire event was shady.  Those traveling were headed to a neighboring county to speak to the sheriff there.  They could have been apprehended at many times without a roadblock and without shots being fired.

Even the FBI didn’t give the whole truth at a press conference, according to the Bundy’s attorney.

Special Agent in Charge Greg Bretzing began testifying on Wednesday.  He was also involved with Bundy Ranch BLM agent Dan Love in what appears to be criminal activity that eventually resulted in Dr. James Redd taking his own life due to the constant probing of these men. While Love has lost his job over his criminal misconduct that came to light during the Bundy Ranch trials, one of the things he did was hand out the very things he was attacking Redd over, small little artifacts.

Frankly, it would not surprise me, given the history of Mr. Bretzing, if he was not knowledgeable of the whereabouts of the other casings.

While the defense is claiming that Astarita didn’t fire at the truck, one wonders if a bullet fragment still lodged in Ryan Bundy’s shoulder may prove them wrong.  Sadly, prosecutors can’t get that nor the missing shell casings.

As we reported last year, Deschutes County Sheriff Shane Nelson believes the FBI did break the law.  Either we will have transparency in this trial as to whether they did or we will see the government coverup for one of its own, just like they did for sniper Lon Tomohisa Horiuchi, who shot Vicki Weaver at Ruby Ridge and was later promoted.