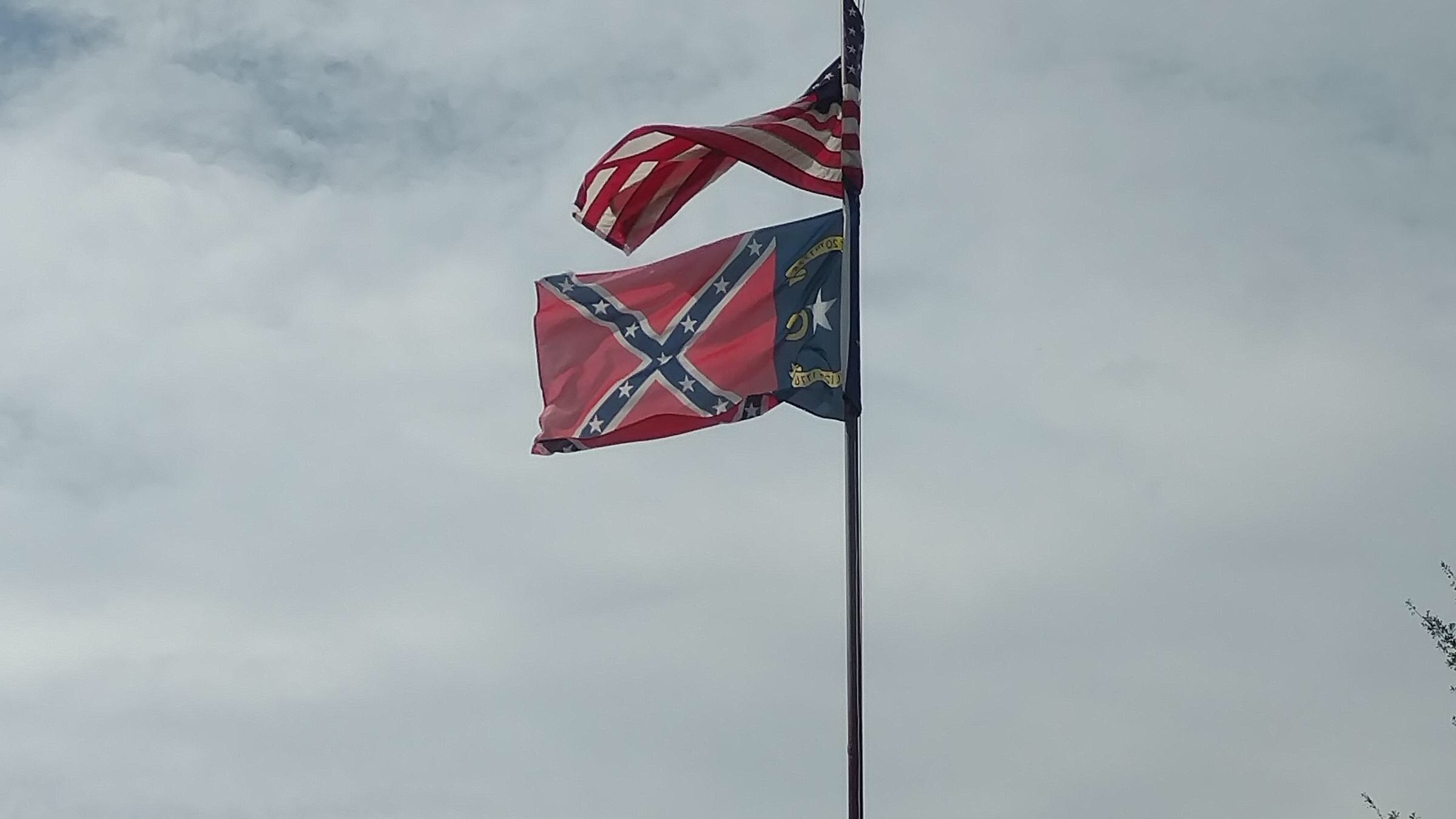 The Uwharrie Volunteer Fire Department is standing firm, and will not be taking down the Confederate flag that flies below Old Glory above their fire station. Even though they stand to lose funding over it, the fire department is holding their ground.

Unfortunately, the fire department, which is located in North Carolina, stands to lose at least $19,000 because of its refusal to remove a Confederate flag from its property. But the firefighters still won’t take it down.

The debate over the Uwharrie Volunteer Fire Department’s flag has simmered for months but complaints about it go back years, according to several news accounts. “The flag is not hurting a thing,” Lee Hudson, with the Uwharrie Volunteer Fire Department, told WFMY. “We are not a racist department. We are not in any way. Members or the department as a whole.”

The Montgomery County Commissioners want the flag to come down and are set on financially punishing the fire department should they continue to fly the Confederate flag. “The Board of Commissioners stated their position, that they did think the flag was inappropriate and requested for the fire department to take it down,” Montgomery County Manager Matthew Woodard told WFMY.

The commissioners have even set a letter to the fire department demanding the removal of the flag, and stating the funding will be withheld until that is accomplished. The county will only be paying only for fuel and maintenance of the two county-owned trucks that firefighters operate until the flag is down. The county will also replace the Uwharrie name on the trucks with new graphics “in support of the county’s stance on equal rights and freedom of speech.” Do they mean the freedom of speech to display any flag that the fire department wants? Or no? Confederate flags must not be the right kind of speech.

The Charlotte Observer reported that the Uwharrie Volunteer Fire Department receives $19,000 a year from Montgomery County, plus $400,000 annually for fire trucks. The department was organized as a non-profit corporation in 1983.

But even with the threat of decreased funding, the fire department says the flag will stay. “We would love to work with the county and for them to support us,” said Hudson. “But, we’re not going to move on the issue of taking down the flag.”

Free speech means free speech. It means the right to offend. And if you’re offending the government, you’re probably doing something right.