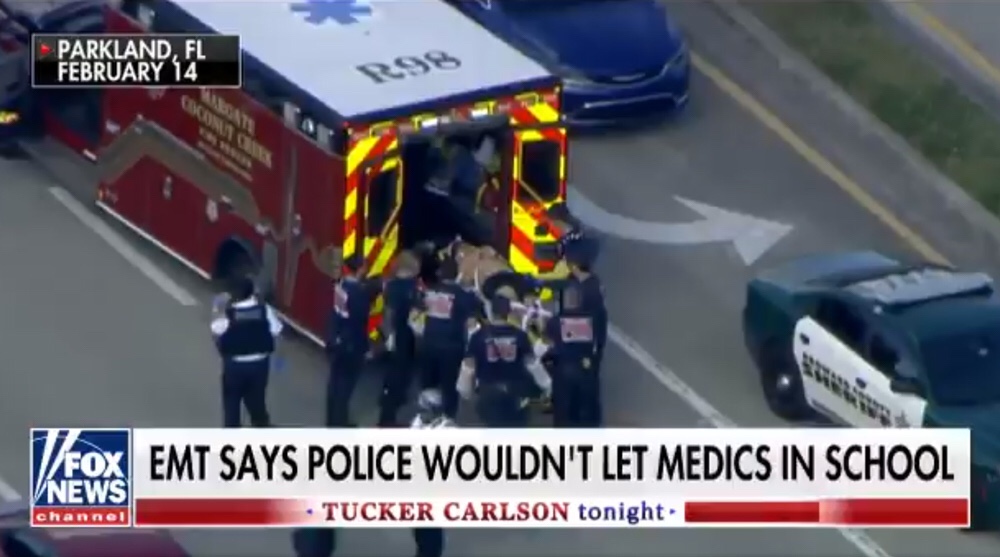 A major media bombshell is now confirming the shocking truth that Natural News reported first: Deputies were ordered to stand down and avoid entering the Marjory Stoneman Douglas High School, even as the shooting was taking place.

Our sources near the Broward County Sheriff’s Department are telling us that the deputies who arrived at the scene of the shooting were told not to enter the school unless their body cameras were turned on. And then we found that the deputies did not have body cameras, so they did not enter the building or engage the shooter.  So curiously, police also lost radio communications during the Parkland shooting. And our source claims that radio communication also went dead during the Ft. Lauderdale airport shooting of 2017…

BREAKING: Broward County Sheriff Deputies were reportedly told NOT to enter the school during the shooting unless they had body cameras on, which they did not have.

In other words, not only were the deputies ordered to stand down, but the communications outage seems to be a pattern among false flag shooting operations (carried out to push a gun control agenda).

Fox News is also reporting that deputies “would not let medical personnel into the school,” reports The Daily Wire, confirming yet again that both armed officers and EMTs were prohibited from entering the school while students were bleeding out. This was obviously done on purpose in order to maximize the body count for political gain. (And CNN was immediately ready with a staged “town hall” event to cast blame on the NRA and the GOP, as planned.)

Here’s where things really go down the rabbit hole. A teacher named Stacy Lippel appeared on ABC’s Good Morning America, where she described her direct encounter with the shooter. She’s a teacher at the Marjory Stoneman Douglas High School, of course, and YouTube has been busy scrubbing this video off all channels to make sure you don’t see it. Watch the video below while you still can. Efforts are under way to memory hole this video interview from the ‘net.

In this video, she says the following:

I suddenly saw the shooter about 20 feet from me standing at the end of the hallway actively shooting down the hallway. Just a barrage of bullets.  And I’m staring at him thinking ‘why is the police here?’ This is strange because he’s in full metal garb. Helmet, face-mask, bulletproof armor, shooting this rifle that I’ve never seen before.

Notice that she immediately recognizes him as a police officer, wearing police gear. She specifically names the helmet, face mask and bulletproof armor. None of this gear was worn by Nikolas Cruz, according to all the media reports, photos and videos of his arrest. Stacy did not describe the shooter as a “student.”

In other words, this teacher is not describing Nikolas Cruz. She’s describing an armed, masked, geared-up person doing the shooting.

Now are you beginning to understand why the sheriff’s deputies were ordered to stay outside the building?

In truth, this shooting was augmented by at least one masked gunman other than Nikolas Cruz. The deputies were told to stand down so that they didn’t witness this second shooter. Nikolas Cruz very likely also shot some students himself, but it’s clear from the testimony and cover-up that Cruz did not act alone.

No wonder YouTube is desperately deleting all videos that mention a “second shooter.” If the truth came out, the fake official story would completely unravel.

That’s why I’m launching a new video platform to compete with YouTube, by the way. Read full details here.

Mike Adams serves as the founding editor of NaturalNews.com where this article was originally published.