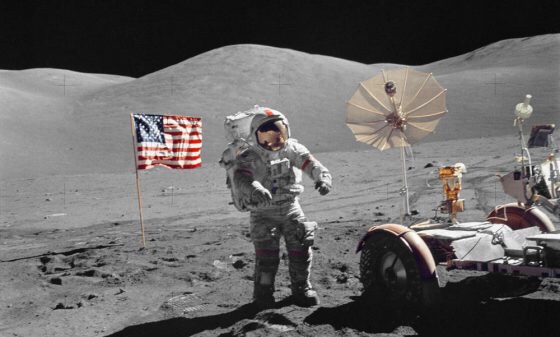 Although there are massive amounts of evidence to the contrary, one conspiracy theorist is saying he has undeniable proof that the Apollo 17 moon landing was faked. A YouTube user with the name StreetCap1 posted a video detailing the proof he says changed his mind about the moon landings.

A YouTuber posted a video titled “Reflection in a Visor. Where’s the reflection of the camera taking the photo?” and the four-minute video has more than 2 million views, and over a thousand comments debating the theory.

In the video, the camera isn’t actually spoken of.  The narrator seems concerned with a reflection in the helmet.  The narrator claims that the reflection shows an image of a man not in a space suit, but rather a “waistcoat.”

The image in question was allegedly taken during December 1972 during Apollo 17, the final moon mission.

While moon landing doubters have lurked online for years, StreetCap1 insists this is the first evidence that ever made him doubt the veracity. The vast majority of similar conspiracy theories claiming that Americans nor anyone else ever set foot on the moon have been debunked repeatedly.

The Apollo 17 mission made history in several ways and holds the records for longest time in lunar orbit and the longest moon landing. The image that caused such a stir is shown below: 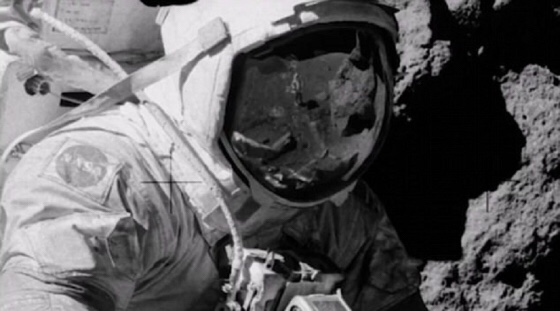 The debate is fierce on both sides, and many think it is a reflection of a man wearing a spacesuit.

This is not even close to the first “evidence” that internet sleuths think they’ve come across to prove the moon landings were faked.