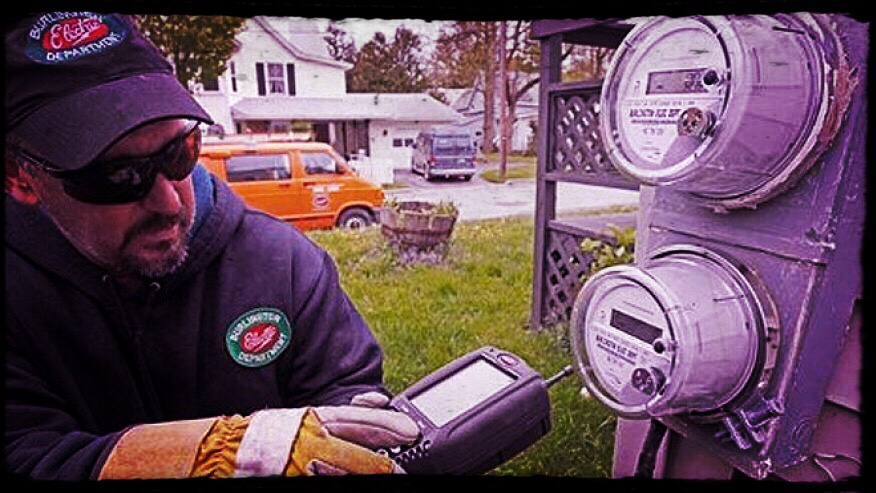 To come to this conclusion, Warren Woodward connected himself to an EKG monitor while lying near an Elster smart meter, which was connected to a high-frequency analyzer that measures microwave frequencies.

As it alternated between normal readings of 00.1 and 00.2, a monitor display showed that Woodward’s heart patterns were normal and symmetrical. But during times when it spiked to 139.3 – this being the time when the smart meter initiated data transmissions – Woodward’s EKG pattern changed dramatically in response.

In other words, when the smart meter was not sending high amounts of power, Woodward’s EKG readings were normal and natural. But when it kicked into higher output mode, the changes were “massive.”

Brief periods of alteration to normal heart rhythm aren’t much to worry about. But when these irregularities are ongoing, the heart can end up working too hard, resulting in fatigued cardiac function.

Dr. Gilberto Leon, a holistic medicine doctor from Chandler, Arizona, warns about this. He says that changes to the heart caused by smart meters are anything but symptomless or “silent,” and that major damage can take place without people even realizing it.

The constant bombardment of microwave radiation from smart meters represents “an unnatural sequence of events that we’re not programmed to respond to,” he says. Long-term exposure to smart meters, he says, can be extremely damaging to normal myocardial function.

Keep in mind that the Elster smart meter that Woodward tested only transmits at about one-quarter of a watt. Other brands like Landis and Gyr Focus, for instance, transmit closer to one watt – or nearly three times the output of the Elster brand.

This suggests that these other smart meters are perhaps even more damaging to heart function than the Elster – with potentially far worse health consequences, especially in people with pre-existing health conditions.

Woodward is also a generally healthy man who has no pre-existing heart conditions. The symptoms he suffered, in other words, were entirely the result of exposure to the Elster smart meter.

Many smart meters charge more than the electricity actually used

Another study out of the Amsterdam University of Applied Sciences has identified some other serious problems with smart meters – mainly that many of them overcharge customers.

More than half of the smart meters tested as part of an experiment were found to be riddled with computational and energy use errors. In some cases, false readings clocked in as high as 582 percent beyond actual usage. Right behind this were meters that had false readings of 581, 566, and 475 percent higher than the amount of energy that was actually used.

In theory, such figures could lead to some customers being charged as much as six times more than they should be for electricity usage – meaning big bucks for the utility companies pushing these things.

There are also concerns about smart meter safety, as there have been reports of the devices suddenly exploding and catching on fire. When smart meters are improperly installed, they can cause what’s known as “arcing,” which can lead to their spontaneous combustion accompanied by an electrical fire.

This is why groups like the American Academy of Environmental Medicine are calling on a total recall of all smart meters until their true effects have been properly studied. The public needs to know the risks before smart meters become so ubiquitous that turning back is no longer and option.

To learn more about the dangers of smart meters, visit SmartMeters.news.