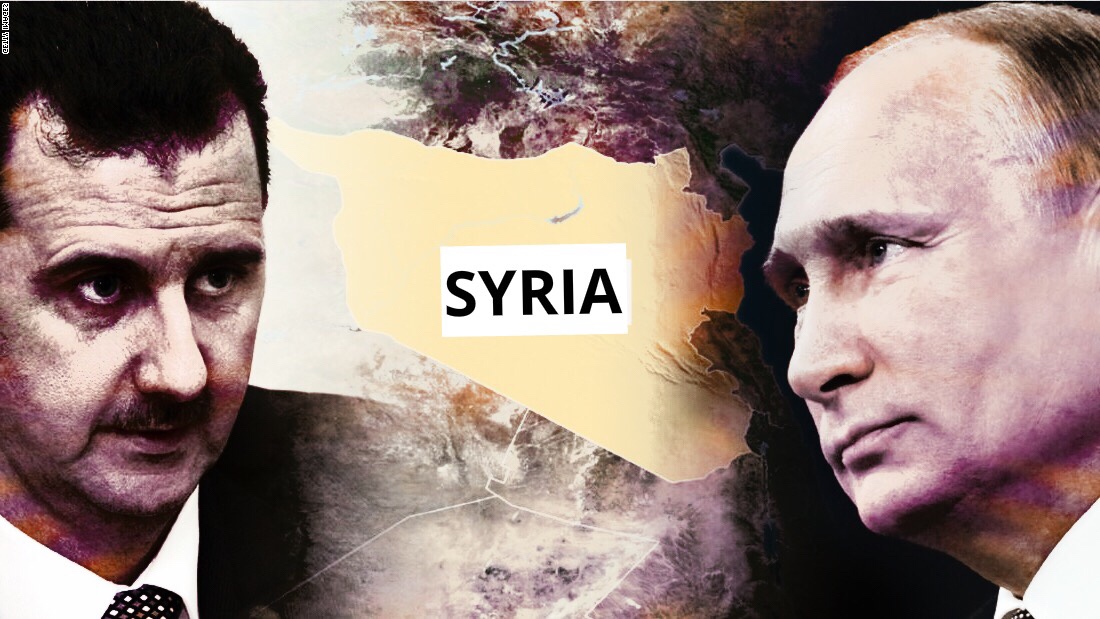 Medical sources have claimed dozens of people were killed in a Douma, Syria chemical attack on Saturday, but those numbers are impossible to verify, prompting Russian Foreign Minister Sergei Lavrov to say there’s been no evidence found of a chemical weapons attack in Syria’s formerly rebel-held town.

The alleged attack took place over the weekend, however, Lavrov said Russian specialists and aid workers had visited the area, which rebel fighters have started leaving under a surrender deal. “Our military specialists have visited this place, along with representatives of the Syrian Red Crescent… and they did not find any trace of chlorine or any other chemical substance used against civilians,” he said.

More importantly, the US and France have threatened a “joint, strong response.”President Donald Trump said on Monday that the situation was being assessed and “major decisions” would be made within 48 hours. But Moscow has already declared the chemical attack as “false news” and warned against any intervention in Syria.

The Russian Foreign Ministry denounced the latest reports about the chemical attack that allegedly affected dozens of civilians in the militant-controlled town of Douma. It said the reports were another example of a “continuous series of fake news about the use of chlorine and other chemical agents by the government forces.”   Even more telling, as the ministry pointed out, was that the source of the reports was the notorious “civil defense” group, the White Helmets, which has been repeatedly accused of having ties to terrorists, as well as other groups based in the US and UK.

According to RT, Russia has previously warned about a false-flag chemical attack being prepared in the recent months, the ministry said. Those who are not interested in a genuine political settlement of the Syrian crisis are seeking to complicate the situation on the ground, it added.

“The goal of this… baseless speculation is to shield the terrorists and… the radical opposition that refuse to engage in a political settlement [process], as well as to justify potential military strikes from the outside,” the statement said. It then warned that any military interference in Syria conducted under “far-fetched or fabricated pretexts” would be “absolutely unacceptable” and could lead to “dire consequences.”

The current tensions in the Middle East at first appear to be random acts of probes and military maneuvers. The Syrian question is a big one. What is happening over there? Well, a continuation of Obama-era policies of supporting “freedom fighters” against the reign of Bashar al-Assad, the leader of Syria…that is what is happening. Recently, Russian contractors were killed in battles against U.S. supported “rebels.” The Russian contractors cannot serve Russia (it’s against their law for merc’s to do such), but nothing stopped them from being hired by Assad and Syria.

But “freedom fighters” are only termed that by the United States when an insurgency is desired to overthrow an existing government that is not in favor with the U.S…. a “heroic people’s revolution” in the never-ending quest to force nations into the “freedom” of American democracy. –SHTFPlan

It isn’t too far off base to think that this chemical attack was a false flag and in preparations for weeks or even months.

Superficial, obvious “reasons” for war are the ones the public swallows, gulping down from the firehose supplied by the ceaseless litany of lies and drivel from the mainstream media. The true reasons can only be found by those willing to not swallow the “crafted narrative.” We must look for the underlying money trails and political agendas of those self-serving leaders…puppet masters who see false flags as tools with State-sponsorship that fulfill their own goals and plans…at the cost (as usual) of We the People. –SHTFPlan

Many dead, including women and children, in mindless CHEMICAL attack in Syria. Area of atrocity is in lockdown and encircled by Syrian Army, making it completely inaccessible to outside world. President Putin, Russia and Iran are responsible for backing Animal Assad. Big price…

Unfortunately, the “price” Trump wants Russia, Iran, and Syria to pay will cost the American taxpayer.  Was this a false flag attack? Perhaps.  But perhaps the only thing we really know for certain is that the mainstream media will spin this news story and paint the picture for us all, manipulating the simple-minded into accepting whatever atrocity may come from it: all in the name of “freedom” of course.

Contributed by Dawn Luger of TheDailySheeple.com where this article was originally published.