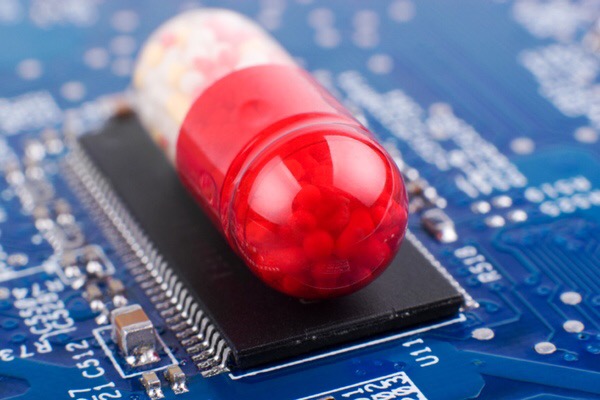 It’s been a controversial month for the FDA. They drew the ire of kratom community by seeking to ban imports of the popular, safe pain reliever. During that same week, the agency approved the use of pills with sensors for the first time. The drugs, dubbed “smart pills,” are the first medication to be approved with a “digital ingestion tracking system.” While the ostensible purpose of “smart pills” is improved compliance and enhanced medical data, some critics are viewing the move as an Orwellian overture.

The “digital ingestion tracking system” will first be integrated into the atypical antipsychotic drug Abilify MyCite; it will record whether the drug was actually ingested.

In a press release, the FDA announced:

“The product is approved for the treatment of schizophrenia, acute treatment of manic and mixed episodes associated with bipolar I disorder and for use as an add-on treatment for depression in adults.”

The pill’s internal sensor contains copper, magnesium, and silicon. Upon exposure to stomach acid, it generates an electrical signal that is transmitted to a “wearable patch.” The information is forwarded from the patch to a smartphone app or physicians and caregivers associated with the patient.

In another press release, Mitchell Mathis, M.D., director of the Division of Psychiatry Products in the FDA’s Center for Drug Evaluation and Research, said that “[b]eing able to track ingestion of medications prescribed for mental illness may be useful for some patients.”

Others are not so optimistic. “There’s an irony in it being given to people with mental disorders than can include delusions. It’s like a biomedical Big Brother,”  said Dr. Jeffrey Lieberman, chairman of psychiatry at Columbia University and New York-Presbyterian Hospital.

In a statement to the Anti-Media, Jamie Williams, Press Director for the Electronic Frontier Foundation (EFF), raised concerns over privacy and patient understanding:

“There’s certainly privacy issues with these devices, just like with any devices that collect and transmit data about us, especially when the data is highly sensitive medical information. Information about exactly when you took exactly how much of a drug is not information thatcurrently exists right now. Its highly invasive and personal information about what is happening inside your body, which is what I think is drawing the ‘bio-medical Big Brother’ analogy. Instead of being able to read what’s going on inside your brain/thoughts, it can read what’s going on inside your stomach.

“Anyone who volunteers to swallow one of these pills needs to understand what that means, in terms of what data is collected, how it’s being used, and where it’s being stored? Are there situations in which law enforcement may want to access data about how much of a drug you had in your system at any given time, and what are the restrictions on their access?”

Some have noted the benefits of reining in medical costs, as experts say the healthcare industry spends $100 billion a year on ‘nonadherence or noncompliance.’

“This data is supposedly being collected to help patients and save the system money, but what are the limitations on making sure it’s not used to surveil everything they are putting into their stomach?” Williams asks. “The potential for surveillance and data mining will all depend on the limitations on collection, use, and storage of this data. New technologies are usually misused and abused first against the most powerless groups.”

We likely haven’t heard the end of the issue, and this is probably just the opening salvo of a “smart drugs” debate that could rage on for decades. As anxiety about government and corporate surveillance grows, will a line be drawn or will the public continue to acquiesce to invasive technology?