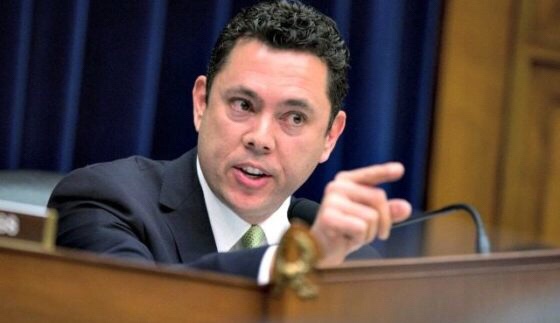 In his new book titled  “The Deep State: How an army of bureaucrats protected Barack Obama and is working to destroy Donald Trump,” Jason Chaffetz alleges that the deep state is very real.  His book, which is set to be published on September 18, details the lengths the intelligence community is going to in an attempt to undermine Trump.

“The Deep State is real,” Chaffetz wrote, according to the Salt Lake Tribune. “They don’t like exposure, accountability or responsibility. They fight back, outlast and work the system for their advantage. And they certainly don’t like disruptive forces such as Donald Trump.”

Chaffetz, a former congressman from Utah, resigned from Congress in June 2017. At the time, that was about six months into Trump’s presidency. Chaffetz then decided to take a job as a political analyst for the FOX News Channel and the FOX Business Network, according to USA Today.

Chaffetz says that the devastating Benghazi incident is what uncovered a larger problem in the corrupt government. “Without exposing Benghazi we might never have learned that Hillary Clinton was using her private email server to conduct government business and transmit classified information,” Chaffetz wrote. “Benghazi was a symptom of a much deeper problem at the State Department. Their decisions were based not on a security calculation, but on a political one.” Chaffetz also tosses the Department of Justice firmly under the bus in his book as well. The DOJ is a frequent target of both Trump and the House Freedom Caucus. “The DOJ should be protecting us,” Chaffetz wrote. “And yet it is the federal agency that stands head and shoulders above the rest in enabling the Swamp.”

The leftists both in political positions and amongst the public see Chaffetz as going after Obama while allowing Trump to run free. “Despite issuing a steady stream of far-reaching subpoenas during the Obama Administration, the Oversight Committee has essentially gone dormant under the Trump Administration, and Chairman Chaffetz’s successor has not issued a single subpoena to anyone, on any issue, ever,” Elijah Cummings, a Democrat from Maryland and the top Democrat on the  House oversight panel said.