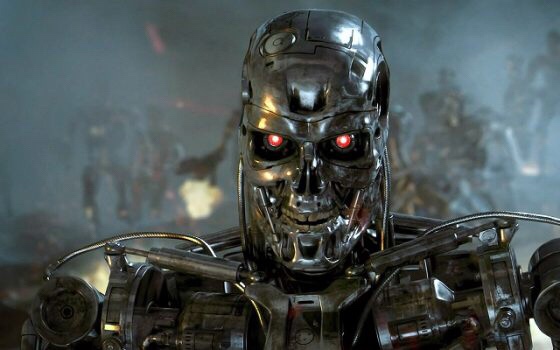 As Israel prepares for yet another war directly on its border, the truth about Israel’s vast military capabilities has been largely absent in the corporate media.

However, if one were to be fortunate (or unfortunate) enough to be able to travel to Israel’s border with Syria in the north and the Gaza strip in the south, they might see what looks more or less like a scene from RoboCop.

Israel is the first country in the world to use unmanned ground vehicles (UGVs) to not only patrol its borders but also to replace soldiers on missions, as well. The new Border Patroller model can be armed with remote-controlled weapons, reconnaissance means, and additional components that cannot be fitted on the traditional Guardium model it had been using for years prior.

The robot is also able to patrol underground and gather information for units that are present on the surface. For example, it can help soldiers avoid booby-trapped tunnels.

These robots can be given pre-designated routes for their patrol, making them more or less autonomous.

“The increasing use of robots by the Israel Defense Forces is part of a larger strategy to minimize risk to soldiers when possible. In addition, soldiers require breaks, food and water. All a Guardium needs is a full tank of gas. Other UGVs in use by the IDF include the Segev, which is based on a Ford F-350 pickup truck.”

However, this is only the beginning of Israel’s robotic capabilities. As the Post notes, the same thing is happening in the water, too. Israeli defense contractor Rafael has developed an unmanned patrol ship that is currently defending Israel’s strategic ports and patrolling the coastline.

Israel also has advanced a “drone that can reach Iran,”  an unmanned aerial vehicle that can stay airborne for 24 hours and is believed to be capable of launching air-to-surface missiles. Israel has also deployed satellites far smaller than American ones that can discern objects as small as 20 inches from hundreds of miles away.

If that wasn’t enough, the small nation has also developed a tank that more or less comes with its own personal missile defense system.

Earlier this year, Defense News reported that Israel is readying its Iron Dome defense system for its first intercept test in the U.S., which is aimed at selecting an interim solution for a medium and short-range air defense system.

Not to mention that according to former Secretary of State Colin Powell’s leaked emails, the country has at least 200 nuclear weapons “all targeted on Tehran.”

So why is Israel going to such great lengths to modernize its army far beyond that of any other country?

“Due to Israel’s small size and lack of territory, all ballistic missiles deployed in the region — Syria, Iraq and Iran — can reach anywhere within the country and pose a strategic and possibly even existential threat. Israel, the developers argued, needed a system that could shoot down enemy missiles over neighboring countries and provide overall protection for the tiny Jewish state.”

In fact, a top Israeli general has already admitted that the country cannot fight Iran alone and would instead seek to rely on American help to take on the Islamic Republic if a direct conflict should ever arise.

So, are Israel’s advances in military technology purely defensive and for deterrence purposes only, or does the country’s leadership have something far more preemptive in mind in the coming years under the Trump administration?

Only time will tell, but one way or the other, these vast technological developments will be frightening for the civilians caught in the middle, to say the least.

Darius Shahtahmasebi has completed a Double Degree in Law and Japanese from the University of Otago, with an interest in human rights, international law and journalism. He’s a fully qualified lawyer in two separate jurisdictions, and writes about foreign policy for Anti-Media.