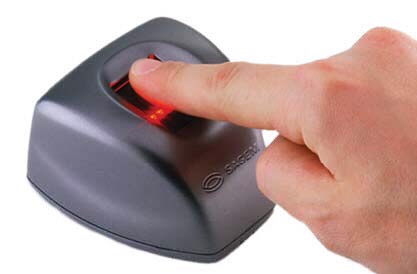 Even on the other side of the world, big brother is alive and well.

In an unprecedented move that has civil libertarians horrified, India has created an identification system that scans the fingerprints, eyes and faces of its residents and connects the gathered information to everything from welfare benefits and entitlements to cell phones. The program, called Aadhaar, is being viewed by many as something straight out of George Orwell’s famous book 1984. It is Big Brother on steroids, and the potential for governmental abuse in India has seldom been higher than it is right now.

Already, the people of India are starting to feel the negative effects of the intrusive Aadhaar program. For Adita Jha, for example, Aadhaar has caused nothing but trouble. Adita was forced to wait in line three times only to sit down in front of a computer that photographed her face, her irises, and recorded her fingerprints. The data failed to upload three times, and it wasn’t until the fourth time that the program worked properly and she was thrown in with the other 1.1 billion Indians already in the system.

Adita explained that it almost feels as though life is going to stop in its tracks unless you register with the government, given the fact that becoming part of the system is a requirement for hundreds of public services, including opening up a bank account and even taking exams at school. (Related: For more news on the police state, visit PoliceState.news.)

But this Orwellian style of government is not a problem that is unique to just one or two countries; rather, it is a plague that appears to be spreading across the entire globe. Last December, for instance, the London Assembly voted to “arrest and prosecute” pro-life Christians, as reported by Breitbart.

“The London Assembly has been called ‘illiberal’ and Orwellian after voting to call on the mayor ‘to clarify the powers available to [police] to arrest and prosecute’ pro-life campaigners who pray near abortion clinics and offer support to mothers, accusing them of ‘harassment,’” Breitbart News explained.

The motion, which was originally proposed by Labour members Dr. Onkar Sahotam and Fiona Twycross, referred to pro-life activists and Christian women’s support groups as “anti-choice campaigners” and accused them of participating in “obstruction, intimidation and harassment.” If using the law to penalize individuals based on their Christian and pro-life viewpoints isn’t something that seems like it came straight out of 1984, then what is exactly?

The United States is not immune to the effects of Big Government, either. A few weeks ago, it was reported that the liberal state of California was considering legislation that would ban the sale of Christian books, including the Bible, on the basis that they perpetuate beliefs on sexual morality that are not consistent with the progressive ideology.

Assembly Bill 2943 would make it an “unlawful business practice” in the state of California to participate in “a transaction intended to result or that results in the sale or lease of goods or services to any consumer” that advertises or engages in “sexual orientation change efforts with an individual.” (Related: Even Supreme Court Justice Breyer has warned or an Orwellian government in the past.)

The bill goes on to define the term “sexual orientations change efforts” as “any practices that seek to change an individual’s sexual orientation. This includes efforts to change behaviors or gender expressions, or to eliminate or reduce sexual or romantic attractions or feelings toward individuals of the same sex.” Because the Bible condemns homosexuality and defines marriage as being between one man and one woman, many fear that Assembly Bill 2943 would ban the sale of the Bible.

It’s impossible to deny it – big government is growing bigger, and it’s affecting all corners of the globe in one way or another.

Read Tyranny.news to stay informed of the latest assaults on human freedom by big government.

Contributed by Jayson Veley of NaturalNews.com, where this article was originally published.