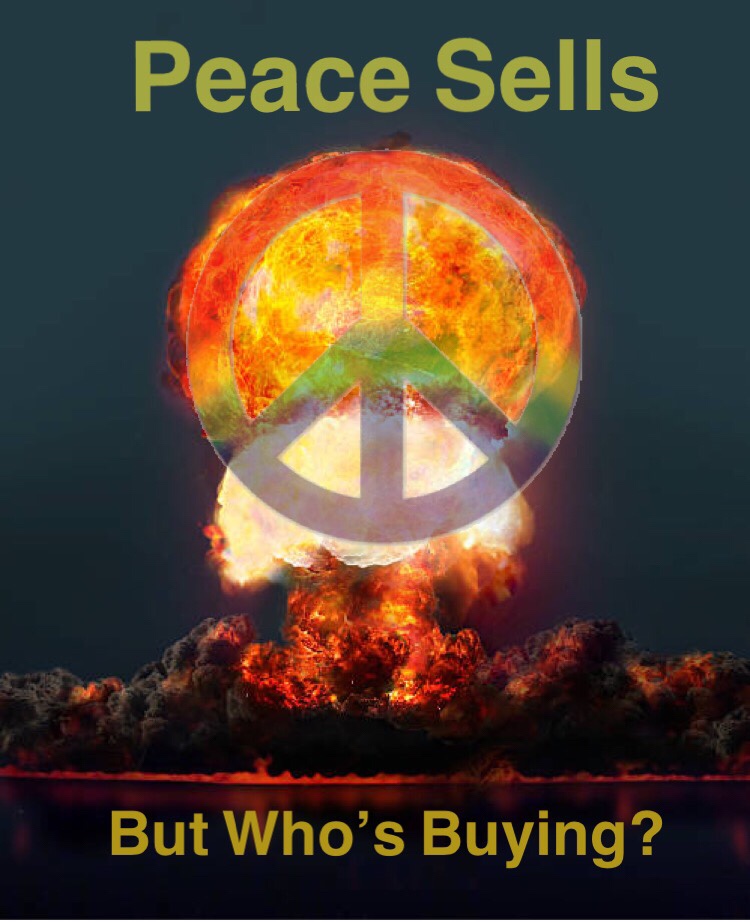 Both Matt Drudge and Alex Jones are responsible for motivating the disenfranchised to vote for Donald Trump. Now that Trump’s the imperial president—a narcissistic version of George W. Bush—it’s up to MAGA media to support the agenda, even if that agenda is markedly different than what he told us while on the campaign trail.

For instance, this morning Drudge posted an article from April warning that Iranian sleeper cells are “operating across the United States mostly unfettered, raising concerns in Congress and among regional experts that these ‘sleeper cell’ agents are poised to launch a large-scale attack on the American homeland, according to testimony before lawmakers,” writes Adam Kredo for The Washington Free Beacon.

Drudge posted a link to this ancient article directly below one pointing to an article on MEMRI’s “Cyber & Jihad Lab” website. The article centers on an Instagram post by Gen. Qassem Soleimani, commander of Iran’s Islamic Revolutionary Guards Corps. Soleimani posted a graphic of himself standing before the White House as it explodes. “We will crush the USA under our feet,” the text in Farsi reads.

MEMRI, short for the Middle East Media Research Institute, is basically an Israeli intelligence operation designed to portray Islam as a threat to humanity. It handpicks articles from Arab and Persian media and translates these into Hebrew, English, Chinese, German, Japanese, Spanish, Polish, French, Italian, and Russian. MEMRI maintains offices in Washington, D.C., Jerusalem, Tokyo, Shanghai, Berlin, and London. It was founded by Meyrav Wurmser and Yigal Carmon. Wurmser is the wife of former Dick Cheney adviser David Wurmser, a staunch neocon. Carmon is MEMRI’s president. He is a former colonel in the Israeli military intelligence.

Now we have Matt Drudge peddling neocon propaganda ahead of an attack on Iran. He might try being “fair and balanced” and link to an article explaining the real history of Iran and the Middle East. For instance: “Overthrow: 100 Years of U.S. Meddling and Regime Change, From Iran to Nicaragua to Hawaii to Cuba,” or hundreds of other articles showing how the US has overthrown and attempted to overthrow dozens of governments since the creation of the national security state and the CIA in the late 40s.

Now that Trump—a geopolitical ignoramus—is in office and the neocons are once again driving US foreign policy, it is time to realize the final objective in regard to Iran. The neocons want to do an Iraq repeat.

And Matt Drudge is here to help by spreading baseless propaganda about Revolutionary Guard sleeper cells in America. The New York Times and The Washington Post draw in the liberals—pro war in that Democrat sort of way—and Drudge is responsible for propagandizing the alt or New Right. Both sides want to annihilate Iran and make sure the neighborhood is safe for Israel and its apartheid system.

So now we have both sides of a manipulated political arrangement calling for war. In fact, the US has been at war since the Islamic Revolution in the late 1970s. Trump recently reaffirmed the neocon plan for Iran.

I’m not hearing MAGA types complaining a whole lot about this. Most support Trump unconditionally—including his wars and fawning love of all things military.

In short, the alt-right or New Right have embraced the neocons. I’m not hearing many complain about John Bolton as national security adviser. We hear a lot about Jared Kushner, Trump’s Jewish son-in-law, but little about his connection to the Israeli Likudniks and their ultra-violent and racist settler allies.

Trump engages in a sword dance with fossilized medieval Saudi kings—long known to support terrorism—and while more than a few complained about this, the majority of the MAGA crew took it in stride while mouthing Islamophobic slogans and calling for Muslims to be deported or refused entry into the United States.

They’re also not interested in putting an end to the shameful behavior of the Trump administration as it helps the Saudis kill Yemeni school children and wedding party guests.

Soleimani’s Instagram post was not a wise move. It allows Trump and his neocons—with the help of Drudge and other neocon friendly MAGA types—to spread the same sort of lies they did in the lead up to the illegal invasion of Iraq (resulting in the murder of 1.5 million people).

It is entirely possible Iran has sleeper cells in America waiting for activation, although there isn’t any conclusive evidence of this.

The US declared economic war on Iran forty years ago following the overthrow of the Shah—installed by the CIA in 1953—and now with the declared noninterventionist Donald Trump in office, an actual attack seems more likely than ever.

Let’s call out Drudge and the MAGAites. If they don’t denounce Trump’s neocons and demand he live up to his noninterventionist rhetoric, it is entirely fair to say they’re neocon-lite, although the neocons hate them.

Contributed by Kurt Nimmo of Another Day in the Empire.