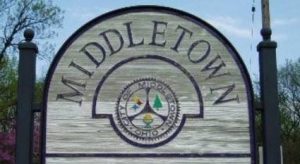 Middletown, Ohio — As states across the country struggle to combat the rising opioid epidemic, one city in Ohio is considering a highly controversial strategy.

In Middletown, the crisis has reached such proportions that a councilman wants to introduce a three-strike rule when it comes to treating opioid overdoses. Under the proposed plan, EMS workers would only be allowed to render aid to patients twice. If someone overdosed a third time, they would be on their own.

“If the dispatcher determines that the person who’s overdosed is someone who’s been part of the program for two previous overdoses and has not completed the community service and has not cooperated in the program, then we wouldn’t dispatch,” Councilman Dan Picard told local media.

“We’ve got to do what we’ve got to do to maintain our financial security,” said Picard, adding that dealing with the crisis is “just costing us too much money.”

Last year in Middletown, there was a total of 532 opioid overdoses, and there have already been 577 so far in 2017. These increases hit the city wallet hardest in the realm of medication. So far this year, the town of 50,000 has spent three times more on Narcan, the drug used to treat opioid overdoses, than it did in all of 2016.

No one argues that Picard’s assessment of the situation is incorrect, but Robert Haley of Cognitive Healthcare Opportunities In Constructive Environmental Settings (CHOICES) says frustration over the growing problem is no excuse to essentially let people die in the streets.

Still, Haley says Picard’s extreme proposal has “projected the high level of stress and frustration that’s present at this time” and that the councilman “has a right” to be grasping at straws in an attempt to fight the deadly — and continually growing — opioid epidemic.

Last year, for instance, there were 74 overdose deaths in Middletown. There have already been 51 so far this year. After analyzing data from health agencies around the country, the  New York Times wrote earlier this month that drug overdoses are now the leading cause of death for people under the age of 50.