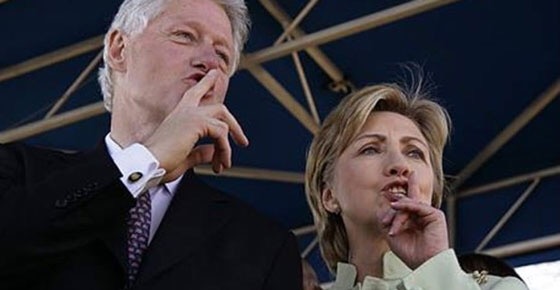 The liberal opposition research firm that was paid by the Hillary Clinton campaign to gather disinformation on then candidate Donald Trump paid at least three journalists for work “related” to the probe into supposed Russian influence in the 2016 election, according to the House Intelligence Committee

According to multiple media reports, lawyers representing the committee made the claim against Fusion in a move to force the liberal company to turn over bank transactions involving jouCongressional committees are conducting broad probes into Russia’s 2016 election interference and whether President Trump and his associates colluded.

That’s right, multiple journalists employed by the mainstream media may have also been taking money indirectly from the Hillary campaign to attack her political opponent.

“The committee seeks transactions related to three individual journalists, each of whom have reported on and/or been quoted in articles regarding topics related to the committee’s investigation,” read the House general counsel court filing.

“Fusion has established a pattern and practice of using law firms as intermediaries to mask the true beneficiaries of its research.”

The journalists names are blacked out in the filing but one can safely assume that they are high-profile establishment journalists who have “broke” multiple stories designed to hurt President Trump. (Can you say Maggie Haberman?)

Documents from the House list ten different bank transactions from Fusion, or its conduits, to the unknown journalists.

The Washington Times reported on the filing from the House while providing background on the entire operation:

Congressional committees are conducting broad probes into Russia’s 2016 election interference and whether President Trump and his associates colluded.

House Intelligence Committee Chairman Devin Nunes, California Republican, signed a subpoena for Fusion’s bank records. He wanted to determine who bankrolled a partisan unproven dossier that has become such a large part of the FBI’s, Congress’ and journalists’ investigations.

The Nunes subpoena forced the law firm Perkins Coie to admit that the Democratic National Committee and the Hillary Clinton campaign paid the bills. The money went from Democrats to Perkins Coie to Fusion to ex-British spy Christopher Steele. He then paid Kremlin sources for dirt on Mr. Trump. None of Mr. Steele’s core charges of collusion has been publicly confirmed.

Fusion and the House at first worked out a deal for relevant banks records. But House lawyers say they learned that Fusion withheld 112 transactions pertinent to the Russia probe.

The suspect transactions, House lawyers say, deal with two Russia issues. One is the dossier. The other is Fusion’s payments from another law firm, BakerHostetler. That money came from the Russian firm Prevezon Holdings which is lobbying Washington to repeal a law that brought stiff economic sanctions on President Vladimir Putin’s regime.

The House Committee is also attempting to find out the actual agreement between the Washington Free Beacon and Fusion GPS. The conservative outlet was the first to hire the company but claims to have stopped payments in April 2016 when Fusion then apparently sought funds from Democrats.

For their part, the openly shady Fusion GPS had their attorneys directly assert their disapproval at Congress attempting to find out details about journalists who were paid to spread propaganda designed to alter the presidential election.

The company claimed that if they had not filed their own lawsuit then, “the committee would have happily prowled through all of Fusion‘s banking records and used them for no purpose other than to inflict harm, we respectfully submit that [committee Republicans are] using these overbroad demands to punish [Fusion] for having investigated Mr. Trump.”

In other words, we were paid to hurt Donald Trump, we paid others to do the same, and the real bad guys are the Republicans trying to uncover the rapidly increasing scandal.

In the days and weeks ahead, the American people will hopefully be able to see the exact names of the  journalists (and the news outlets they work for) who were paid to take out Donald Trump.

One can imagine that outlets such as CNN and The New York Times may be involved.