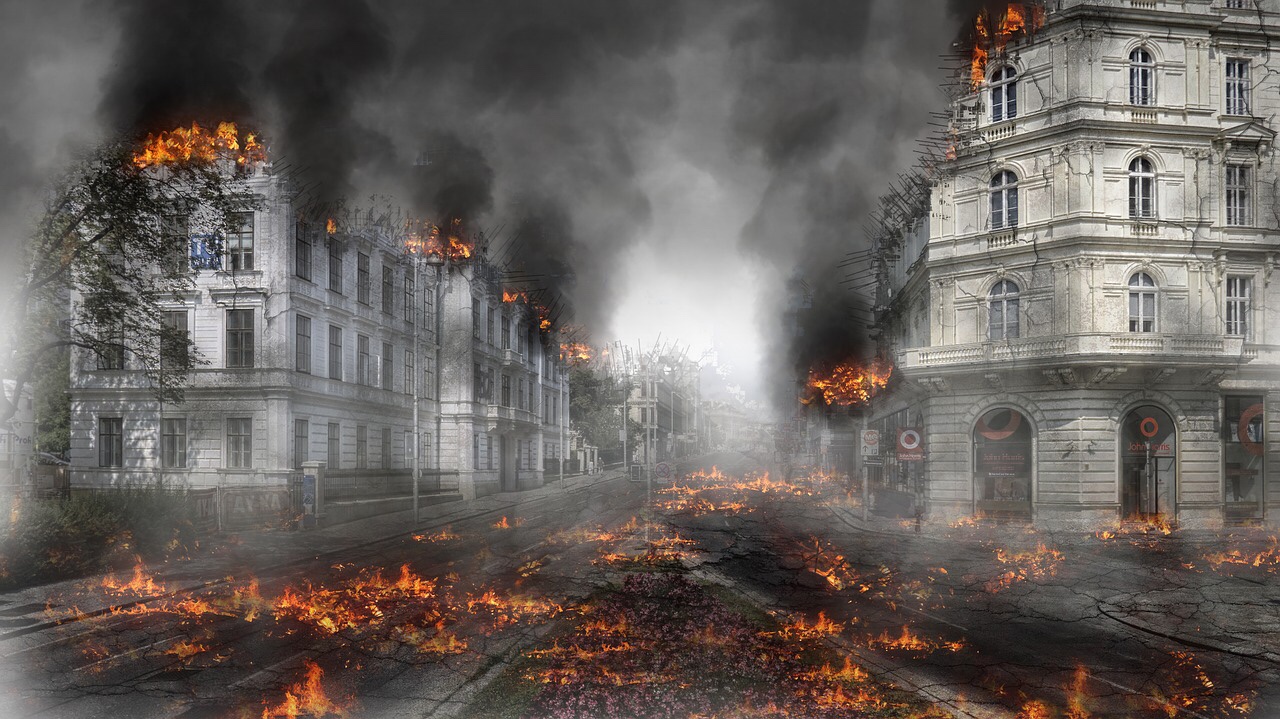 U.S. relations with Russia are the worst that they have been since the Cuban missile crisis, and major Russian media outlets are constantly chattering about the possibility of a nuclear war with the United States.  Meanwhile, the left in this country has relentlessly pushed an extremely bizarre fictional narrative in which Donald Trump and Vladimir Putin are best buddies.  In fact, just the other day former FBI acting director Andrew McCabe said that it was possible that President Trump is a Russian asset.  You would have to be either a lunatic or a total idiot to believe such a conspiracy theory, because there is absolutely no evidence to back it up.  McCabe does not appear to be insane, and so that means that he is probably just completely and utterly incompetent, and it is absolutely frightening that such a man was allowed to run one of our most important law enforcement agencies.

It is true that most Russians preferred Donald Trump in 2016, because there was a widespread belief in Russia that Hillary Clinton was likely to start World War 3.

And if you put up just about any option against “World War 3”, the other option is likely to be more popular every single time.

When Trump entered the White House, the Russian people were hopeful that relations between our two nations would move in a positive direction, but now that hope has just about completely evaporated.  Just check out these numbers…

The percentage of Russians who are confident President Trump will “do the right thing regarding world affairs” plummeted over the last year from 53% to 19%, according to Pew’s annual Global Attitudes survey.

In addition, the percentage of Russians that view the U.S. favorably overall has fallen precipitously as well…

Trump’s campaign push for warmer ties with Moscow clearly broke through, with 41% of Russians viewing the U.S. favorably in the months after he took office — up from 15% at the end of Barack Obama’s tenure. That number has now fallen to 26%.

In recent years, the mainstream media and both political parties have endlessly demonized the Russians.  Needless to say, this has not gone unnoticed in Russia.  In addition, the economic sanctions that we have slapped on the Russians have been very painful for their economy, and the U.S. role in overthrowing the government in Ukraine five years ago will never be forgotten over there.

The Russian people are constantly mindful of this “new Cold War” with the west, and one recent survey found that 80 percent of all Russians consider NATO to be “a threat” to their nation.

Meanwhile, the way that the American people view Russia is changing as well.  Just check out these survey results…

The NBC News|SurveyMonkey online poll found that only 23% see Russia as friendly and only 5% say the nation is “an ally to our country.” More than two-thirds polled said Russia was either unfriendly (43%) or a U.S. enemy (25%).

It would have been nice for there to be positive relations between our two countries, but it looks like that isn’t going to happen.

Here in the United States, the mainstream media and the radical left continually blame Russia for Trump’s victory in 2016.  And in Russia, there is constant talk of a potential war with the United States on state television.  In fact, just the other day they showed a list of targets that Russia would likely strike in the event of a nuclear war…

Russian state television has listed U.S. military facilities that Moscow would target in the event of a nuclear strike, and said that a hypersonic missile Russia is developing would be able to hit them in less than five minutes.

The targets included the Pentagon and the presidential retreat in Camp David, Maryland.

And just a few days earlier, Vladimir Putin told that press that we could soon be facing a new Cuban missile crisis…

Russian President Vladimir Putin said Russia is militarily ready for a Cuban Missile-style crisis if the United States wanted one and threatened to place hypersonic nuclear missiles on ships or submarines near U.S. territorial waters.

If you follow my work on a regular basis, then you know that I am deeply concerned about a potential future conflict with Russia.  Most Americans assume that we have an overwhelmingly powerful strategic nuclear arsenal and that Russia would never dare try anything because they would be nuked into oblivion.

And at one time that was true.

But since the height of the first Cold War, the size of our strategic nuclear arsenal has declined by approximately 95 percent, and we are still using hopelessly outdated technology from the 1960s and 1970s.

Meanwhile, the Russians have been developing cutting edge new weapons systems in anticipation of a coming conflict with the United States, and Putin boasted about some of these new weapons a few days ago…

Putin detailed his warning for the first time, saying Russia could deploy hypersonic missiles on ships and submarines which could lurk outside U.S. territorial waters if Washington now moved to deploy intermediate-range nuclear weapons in Europe.

“(We’re talking about) naval delivery vehicles: submarines or surface ships. And we can put them, given the speed and range (of our missiles)… in neutral waters. Plus they are not stationary, they move and they will have to find them,” Putin said, according to a Kremlin transcript.

Russian “black hole submarines” are so incredibly quiet that our military can’t effectively track them.  Someday an entire fleet of them could sneak up to our coastlines and launch a devastating first strike which would begin taking out strategic targets inside the U.S. in less than five minutes.

And since Russia has the most advanced anti-missile systems in the entire world, they could probably easily handle any outdated missiles that we managed to shoot back at them.

The truth is that the Russians now have the strategic advantage, and most Americans have no idea that things have shifted so dramatically.

Unfortunately, there aren’t many of us that are sounding the alarm about this, and so very little is being done to tip the scales back in our favor.

Contributed by Michael Snyder of EndOfTheAmericanDream.com