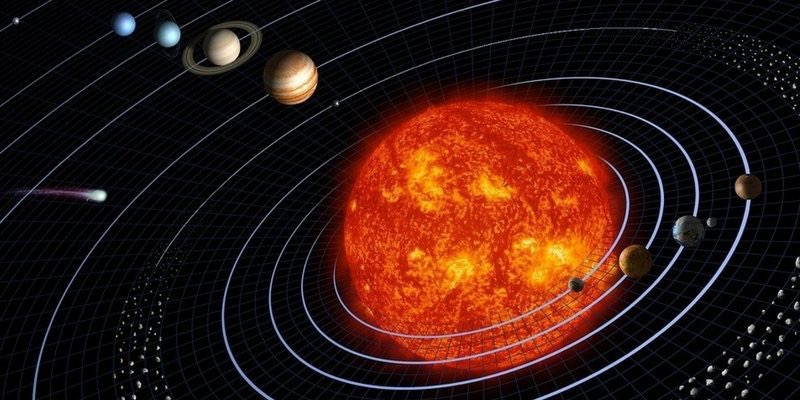 For the first time, humans have observed an object from another star system. Code-named ‘Oumuamua, the interstellar visitor is a cigar-shaped asteroid the size of a football field. It is traveling at a stunning 85,700 miles per hour — so fast that astronomers almost missed it. The asteroid may provide information about the formation of other planetary systems.

The object was discovered on October 19 by the Pan-STARRS1 telescope, which sits like a gargoyle atop a Hawaiian volcano. Initially, it was thought to be a local comet, but because of its irregular speed and orbit, ‘Oumuamua is unique among the 750,000 asteroids or comets known to humanity. Scientists believe it originated during the violent formation of another star system and was ejected at high speeds.

“For decades we’ve theorized that such interstellar objects are out there, and now — for the first time — we have direct evidence they exist,” states Thomas Zurbuchen, associate administrator for NASA’s Science Mission Directorate. “This history-making discovery is opening a new window to study formation of solar systems beyond our own.”

A team of scientists led by Karen Meech (Institute for Astronomy, Hawaii USA) used special instruments, including ESO’s Very Large Telescope and the FORS instrument, to learn more. As described in a paper published Monday in Nature, ‘Oumuamua, or A/2017 UI, is a “triaxial ellipsoid” that varies dramatically in brightness and spins on its axis every 7.3 hours.

“This unusually large variation in brightness,” Meech explains, “means that the object is highly elongated: about ten times as long as it is wide, with a complex, convoluted shape. We also found that it has a dark red colour, similar to objects in the outer Solar System, and confirmed that it is completely inert, without the faintest hint of dust around it.”

Scientists believe the color is due to the amount of radiation the asteroid has been exposed to over the course of its long journey through the cosmos. The asteroid’s origin is another mystery.

While ‘Oumuamua came from the direction of Vega, a bright star in the Lyra constellation, the team believes that ‘Oumuamua could actually have traveled through the Milky Way for hundreds of millions of years. This would account for its incredible speed and color, as the highly metallic rock has been heavily irradiated. So when we look at this object, we’re looking at something very ancient and from very far away. Fittingly, its Hawaiian name means “a messenger that reaches out from the distant past.”

With new powerful telescopes on the way, astronomers are excited about future discoveries. But for now, we can revel in the reflected glow of our first interstellar visitor, even as it slowly fades away on its journey through the galaxy. 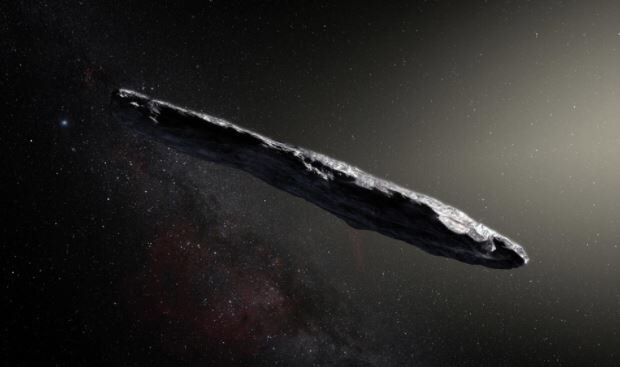 Meet ‘Oumuamua: a cigar-shaped asteroid the size of a football field.