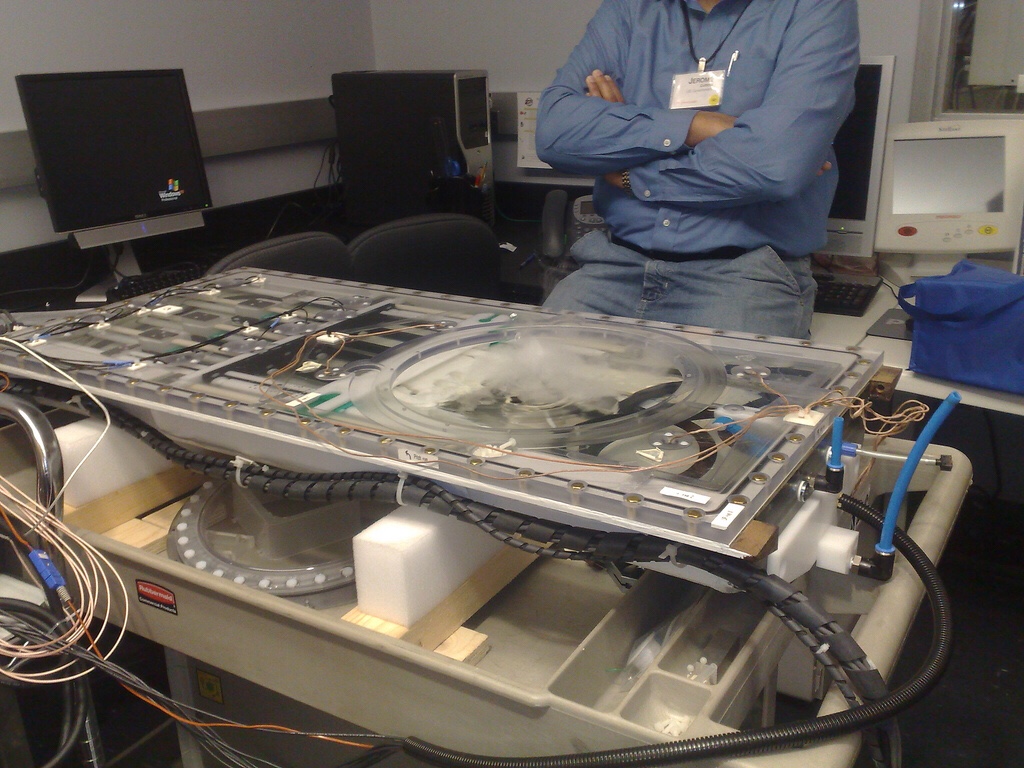 A recent breakthrough in high-intensity focused ultrasound therapy (HIFU) technology has proven its use as an effective cancer treatment. A multi-institutional research team from China developed a semi-enclosed, spherical cavity transducer that can produce a focused, standing-wave field with a subwavelength-scale focal region and extremely high ultrasound intensity. The spherical cavity transducer appeared to generate tighter focal regions and greater pressure amplitude compared with the traditional concave spherical transducer. Researchers said the level of intensity generated by the new transducer design may lead to significant improvements in HIFU therapy. The findings were published in the Journal of Applied Physics.

HIFU is a non-invasive, targeted treatment that makes use of sound waves to eradicate cancer cells. HIFU uses an ultrasonic transducer to convert electrical signals into sound waves, then concentrates ultrasound into a small focal region to raise the temperature to more than 65 decrees Celsius, thereby killing cancer cells in the process without inducing damage to surrounding tissues. The technique works in the same manner as focusing sunlight through a lens, which helps eliminate the disease-causing cells.

HIFU can be used as an alternative to traditional cancer treatments such as chemotherapy and surgery.

“The results of this study are impressive and have the potential to transform prostate cancer treatment for many men in the future. It is extremely exciting technology and these results show that in men diagnosed early by prostate-specific antigen (PSA) blood testing, this targeted therapy could be as effective as surgery to remove the whole prostate gland or radiotherapy and cause far fewer side effects,” said study co-author Tim Dudderidge.

The findings were presented at an annual meeting of the European Association of Urology in Munich, Germany.

A British clinical trial funded by the Medical Research Council has also found that 95 percent of patients who underwent HIFU therapy for prostate cancer remained cancer-free at 12 months after the treatment. The researchers also found that none of the respondents suffered urinary incontinence during the follow-up period.

Another sound wave innovation to watch out for

Researchers at the University of Alberta in Canada have developed a new technique that uses focused sound waves to activate minute particles known as nanodroplets. According to the researchers, the new technique was as accurate as using needles in biopsy.

“With a little bit of ultrasound energy, nanodroplets phase-change into microbubbles. That’s important because ultrasound can really oscillate these microbubbles. The microbubbles absorb of the ultrasound energy and then act like boxing gloves to punch the tumor cells and knock little vesicles off. That led us to detect some genes that were indicative of the aggressiveness of the tumour. That’s potentially very powerful. You can get a genetic characterization of the tumour, but do it relatively non-invasively,” said engineering professor Roger Zemp.

The findings were published in the journal Cancer Research.

By Earl Garcia at NaturalNews.com where this article was originally published.