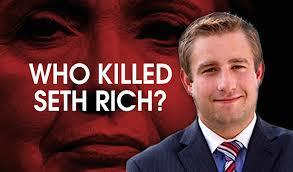 My anonymous hacker source who I call Lou or Joe just dropped the nukes on the Seth Rich murder coverup that must now go viral!  None of this information will be covered by the Fake News stooges such as Sean Hannity who never met a NWO pig he didn’t love!  Sean Hannity calls people like me “tin foil hat people” because that’s what the CIA term is for anybody smart enough to stop believing known liars!  Well, I just scooped you Sean Hannity and I’m asking patriots worldwide to get this information out through all available means!  Tweet it to Trump, blast it on the evil Facebook to overload their censoring algorithms.  Send it to your entire email list!  We must get the story out viral or my source and possibly myself could be in danger over it!

This story is hotter than molten lava right now!  An anonymous source in DC on Reddit says this story puts you in immediate danger right now!  “To even mention this name in DC circles will bring you under automatic scrutiny.”  So the more you get it out there for me – the less danger for my source and me!  Don’t let the bad guys at the Fake News on TV win by censoring the Seth Rich murder by the Clinton Deep State any longer!

They can’t put the toothpaste back in the tube if you get the story out hard on Monday!  On a side note, my strong belief in Jesus Christ prevents me from ever taking my own life!  So if anybody tells you Glenn Canady committed suicide they are lying!  I’m also in the very good health right now.   I would never take myself out of the game against the satanic new world order pigs our fake news serves.  My hacker source is extremely smart and knows how the game is played.  He has hundreds of people on the receiving end of his dead man switch that automatically sends out his insurance files electronically and by physical mail from all over the world if he doesn’t reset the code after so many hours.

I had an hour long interview with my source that was hacked and erased right before my eyes as it ended!  My hacker source was also recording on his phone and his copy was deleted too!   Neither of us had ever had this happen to us!  It was probably because I gave a warning this interview was coming.  I only did this because my source wanted everybody to get it out everywhere.     I’ll know next time to have more recorders going!   I had to do a recap recording of everything we covered until my source can get safe enough to try an interview again.  This article corrects a few mistakes I made on the recap video due to not remembering names or dates from memory.  Luckily there is enough on the video and in this article to blow this Seth Rich murder case wide open!