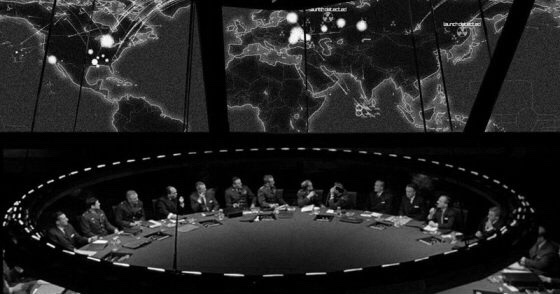 A socialist bureaucrat in the State Department has been caught on tape by Project Veritas saying he is part of the deep state resistance against President Donald Trump. As a part of the “anti-Trump resistance,” the bureaucrat says it’s his job is to “resist everything” at “every level.”

James O’Keefe of Project Veritas released the video of the deep state operative on Tuesday as a part of what he promised to be wide exposure of the Deep State, which is actively working to defeat President Trump from within via media leaks and policy sabotage. The video features a State Department employee, Stuart Karaffa, engaged in radical socialist political activity on the taxpayer’s dime while advocating for resistance to official government policies. In addition to being a State Department employee, Stuart Karaffa is also a ranking member of the Metro DC Democratic Socialists of America, according to an in-depth report by Project Veritas.

Karaffa says on camera he wants to “f##k sh#t up.” He also told an undercover Project Veritas journalist that he performs DSA (socialist propaganda) activism while at work for the State Department.

The mainstream media continues to tell the public that there is no such thing as the deep state, rather it is nothing more than a deeply held conspiracy theory.  Yet there is a lot of evidence, this video included, which proves there are unelected bureaucrats behind the scenes trying to advance a totalitarian socialist agenda while sucking up taxpayer funds.

Karaffa explained that he actually drafts DSA communications while on the job at State Department:

“… I’m careful about it. I don’t leave a paper trail, like I leave emails, and like any press s**t that comes up I leave that until after 5:30. But as soon as 5:31 hits, got my like draft messages ready to send out.”

“I have nothing to lose. It’s impossible to fire federal employees,” Karaffa says, as he talks about creating socialist political propaganda work at his cubicle.

“You could put two and two together probably. With like web traffic…. So with web traffic, I mean I could make the case before a court of law that- I’m going to the Virginia sort of, campaign finance website- that I’m just interested in what people are doing politically. But if they also go and look at like DSA minutes and like Officer positions they’ll be like, ‘that’s weird, you were the co-chair of the electoral caucus, and you spent three hours on a Virginia campaign finance website.’” -Karaffa, deep state operative in an undercover video by Project Veritas

O’Keefe promised one thing: that there will be more of these undercover videos in which he and his team of journalists unmask the deep state.