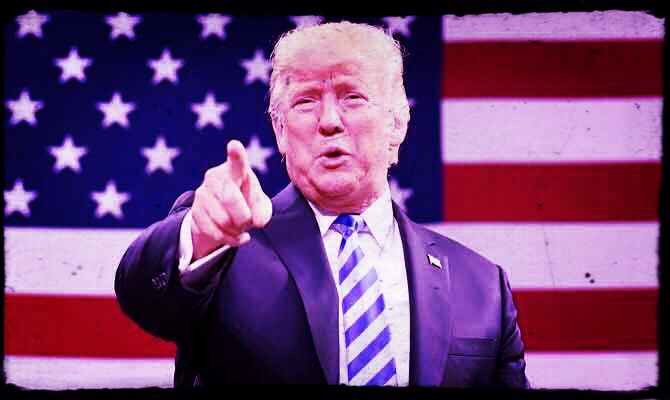 President Trump recently imposed sanctions on Turkey to protest the Turkish government’s detention of an American pastor. Turkey has responded by increasing tariffs on US exports. The trade war is being blamed for the collapse of Turkey’s currency, the lira. While the sanctions may have played a role, Turkey’s currency crisis is rooted in the Turkish government’s fiscal and (especially) monetary policies.

In the past seven years, Turkey’s central bank has tripled the money supply and pushed interest rates down to 4.5 percent. While Turkey’s government did not adopt Ben Bernanke’s proposal to drop money from helicopters, Turkish politicians have taken advantage of easy money policies to increase subsidies for key voting blocs and special interests.

The results of the Turkish government’s inflation-fueled spending binge are not surprising to anyone familiar with Austrian economics or economic history. Turkey is now plagued with huge deficits, a collapsing currency, and a looming economic crisis, making it the next candidate for a European Union or Federal Reserve bailout.

Turkey’s combination of low interest rates, money creation, and massive government spending to “stimulate” the economy parallels the policies the US government has pursued for the past ten years. Without drastic changes in fiscal and monetary policies, economic trouble in America is around the corner.

The very large and growing federal debt will cause a major crisis as the government’s debt burden will be unsustainable. Instead of cutting spending or raising taxes, politicians can be expected to pressure the Federal Reserve to do their dirty work for them via inflation. We may even see the Fed “experiment” with negative interest rates, which would punish Americans for saving. The monetization of the federal debt will erode the dollar’s purchasing power and decimate middle-and-working-class Americans who are already seeing any gains in their incomes eaten away by inflation.

If we are lucky, the next Fed-caused downturn will cause only a resurgence of 1970s-style stagflation. The more likely scenario is the type of widespread economic chaos not seen in America since the Great Depression. The growth of cultural Marxism, the widespread entitlement mentality, and the willingness of partisans of various sides to use force against their political opponents suggests that this economic crisis will result in civil unrest that will be used to justify new crackdowns on individual liberty.

Those who understand the causes of, and cures for, our current predicament have two responsibilities. First, prepare a plan to protect your family when the crisis occurs. Second, do all you can to spread the truth in hopes the liberty movement reaches critical mass so it can force Congress to make the changes necessary to avert disaster.

Since the crisis will result in a rejection of the dollar’s world reserve currency status, individuals should consider alternatives such as gold and other precious metals. Restoring a free-market monetary system should be a priority for the liberty movement. Other priorities include ending our interventionist foreign policy, cutting spending in all areas, rolling back the surveillance state, protecting all civil liberties, and auditing (and ending) the Federal Reserve. If we do our jobs, we can build a society of peace, prosperity, and liberty atop the ashes of the welfare-warfare state.