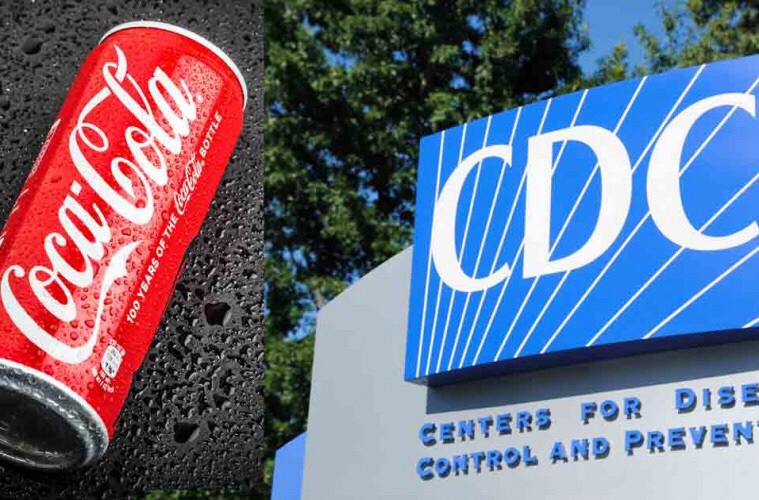 U.S. Right to Know sued the Centers for Disease Control and Prevention (CDC) today over CDC’s failure to comply with the Freedom of Information Act (FOIA) and provide documents in response to six requests about its interactions with The Coca-Cola Company.

The public records requests are part of an investigation USRTK is conducting into Coca-Cola’s influence at the CDC and the company’s impact on public policy. Public health evidence suggests that the consumption of sugary sodas is implicated in the obesity epidemic, and may be responsible for tens of thousands of deaths per year. Nevertheless, evidence gathered to date indicates that CDC staff provided political guidanceto Coca-Cola, allowed Coca-Cola to lobby the CDC, and accepted contributions from Coca-Cola via the CDC Foundation, which has disclosed such contributions as recently as last year.

“We are suing the CDC to uncover the extent and nature of the CDC’s relationship with Coca-Cola,” said Gary Ruskin, co-director of U.S. Right to Know, a consumer and public health watchdog group. “Just as it is wrong for the CDC to assist tobacco companies, it is also wrong for CDC to assist obesogenic companies like Coca-Cola.”

Since 2016, USRTK has filed 19 FOIA requests with the CDC. With the documents we received via FOIA from CDC and other sources, we helped expose former CDC Director Brenda Fitzgerald’s collegial relationship with Coca-Cola and the company’s former VP and Chief Science and Health Officer Rhona Applebaum in the New York Times and The Intercept.

We also revealed that Barbara Bowman, then-director of CDC’s Division for Heart Disease and Stroke Prevention, had advised a former Coca-Cola senior vice president on how to stop the World Health Organization from cracking down on added sugar.  Bowman quit the CDC two days after her advice to the former Coca-Cola executive was revealed.

We also helped to uncover CDC staff concerns that CDC’s “mission is being shaped by outside parties and rogue interests” and their call to “clean up this house.”

More findings in our investigation of Coca-Cola’s influence at the CDC are available at: usrtk.org/our-investigations/#coca-cola.

On December 15, 2017, USRTK filed six FOIA requests with the CDC regarding its relationship to Coca-Cola.  The CDC acknowledged receipt of these FOIA requests four days later, but has not provided any other response.  The FOIA law states that federal agencies are required to respond within 20 business days.

Both the CDC and Coca-Cola are based in Atlanta.

CDC has been swept up in two recent scandals. On January 31, CDC Director Brenda Fitzgerald quit her post, following a Politico article raising questions about her investments in tobacco and other companies. On December 15, the Washington Post reported that CDC had banned a list of seven words or phrases – such as “evidence-based” and “science-based” – from budget documents.

The USRTK FOIA lawsuit was filed in U.S. District Court for the District of Columbia.  The USRTK complaint is available at: https://usrtk.org/wp-content/uploads/2016/09/USRTK-v-HHS-complaint.pdf.  The name of the case is U.S. Right to Know v. Department of Health and Human Services. USRTK is represented in this matter by the law office of Mark S. Zaid.

More information about USRTK’s litigation for transparency is at: usrtk.org/our-litigation.

U.S. Right to Know is a nonprofit consumer and public health organization that investigates the risks associated with the corporate food system, and the food industry’s practices and influence on public policy.  For more information, see usrtk.org.