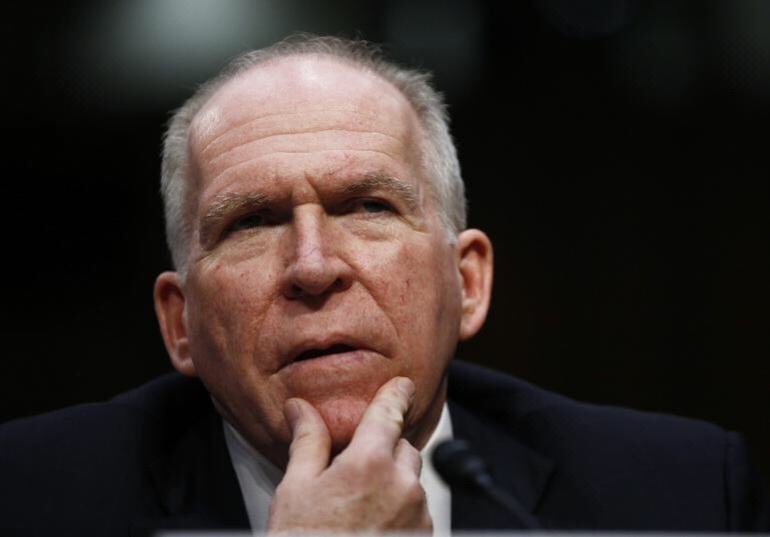 It’s no secret that Obama’s CIA director, John Brennan, is no fan of POTUS Donald Trump, as he has made clear on Twitter and on cable news programs regularly.

It’s also no secret to people who have taken the time to research Brennan that in the 1970s, as the Cold War with Russia was in full swing, Brennan actually voted for an American Communist Party candidate for president– something that should have negated his ever becoming a staffer back in 1980, much less head of the country’s most powerful spy agency.

The president finally did justice and the American people a favor when he recently revoked Brennan’s security clearance. But according to a bombshell report, that’s just the tip of the iceberg.

As noted by Teaparty.org, some believe that Brennan has been actively plotting against the United States for years, even allegedly playing a pivotal role in allowing the 9/11 hijackers inside the country:

Obama, Clinton, Kerry, Jarrett…far too many people in the previous administration had highly troubling ties to the terrorist state of Iran and in Obama’s case, there is quite a bit of evidence pointing to the fact that he was a Muslim, a fact which remained in question throughout the entirety of his presidency and he did little to dispel by always referring to the Koran as “The Holy Koran” and the Bible simply as “the Bible.”

Obama points to his decades-long association with a Christian church in Chicago, where he lived and served as a state, then U.S., senator before becoming president. But the pastor of that church was Jeremiah Wright, whose fiery sermons can best be summed up as anti-white and anti-Republican, to say the least, and who was regularly critical of America in general.

There is even some speculation that Brennan may have converted to Islam at some point.

But there’s more. According to Freedom Outpost, Brennan was the CIA station chief in Jeddah, Saudi Arabia, when the 9/11 hijackers were given visas to travel to the United States. There are even reports he gave the final approval for those visas.

Freedom Outpost noted further that Michael Springman was, at the time, head of the American visa bureau in Saudi Arabia, a post he held during the Reagan and Bush administrations, from September 1987 through March 1989. He said during his time there he was ordered by higher State Department officials to hand out visas to applicants who were not qualified. He said the applications were for recruits of Osama bin Laden, who was fighting against the Soviet occupation of Afghanistan, and who was sending recruits to the U.S. for training by the CIA.

Springman made his incredible claims during an appearance at the National Press Club on June 10, 2002.

The National Review subsequently reported that none of the 9/11 hijacker visas were completed in the proper manner, turning the U.S. government into “a travel agency for terrorists.”

Of the 15 Saudi terrorists, four of them received visas through the Visa Express Program in June 2001.

“If it weren’t for John Brennan, 9/11 may never have happened,” Freedom Outpost concluded.

Read more about Islamic terrorism against the U.S. at Terrorism.news.