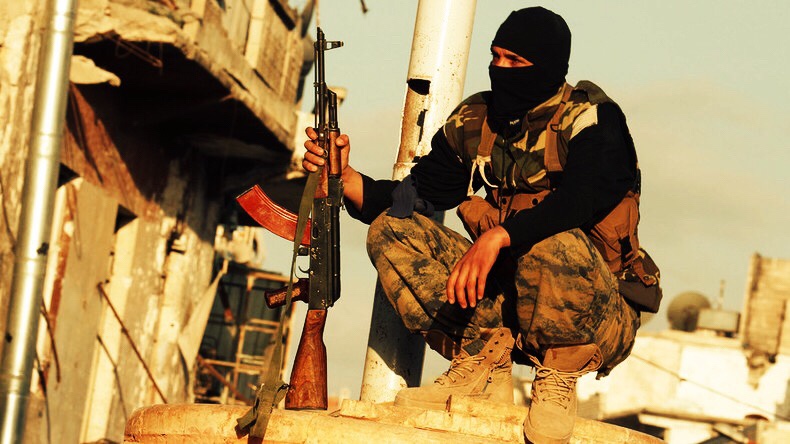 Last week, I urged the Secretary of State and National Security Advisor to stop protecting al-Qaeda in Syria by demanding that the Syrian government leave Idlib under al-Qaeda control. While it may seem hard to believe that the US government is helping al-Qaeda in Syria, it’s not as strange as it may seem: our interventionist foreign policy increasingly requires Washington to partner up with “bad guys” in pursuit of its dangerous and aggressive foreign policy goals.

Does the Trump Administration actually support al-Qaeda and ISIS? Of course not. But the “experts” who run Trump’s foreign policy have determined that a de facto alliance with these two extremist groups is for the time being necessary to facilitate the more long-term goals in the Middle East. And what are those goals? Regime change for Iran.

Let’s have a look at the areas where the US is turning a blind eye to al-Qaeda and ISIS.

First, Idlib. As I mentioned last week, President Trump’s own Special Envoy to fight ISIS said just last year that “Idlib Province is the largest Al Qaeda safe haven since 9/11.” So why do so many US officials – including President Trump himself – keep warning the Syrian government not to re-take its own territory from al-Qaeda control? Wouldn’t they be doing us a favor by ridding the area of al-Qaeda? Well, if Idlib is re-taken by Assad, it all but ends the neocon (and Saudi and Israeli) dream of “regime change” for Syria and a black eye to Syria’s ally, Iran.

Second, one of the last groups of ISIS fighters in Syria are around the Al-Tanf US military base which has operated illegally in northeastern Syria for the past two years. Last week, according to press reports, the Russians warned the US military in the region that it was about to launch an assault on ISIS fighters around the US base. The US responded by sending in 100 more US Marines and conducting a live-fire exercise as a warning. President Trump recently reversed himself (again) and announced that the US would remain at Al-Tanf “indefinitely.” Why? It is considered a strategic point from which to attack Iran. The US means to stay there even if it means turning a blind eye to ISIS in the neighborhood.

Finally, in Yemen, the US/Saudi coalition fighting the Houthis has been found by AP and other mainstream media outlets to be directly benefiting al-Qaeda. Why help al-Qaeda in Yemen? Because the real US goal is regime change in Iran, and Yemen is considered one of the fronts in the battle against Iranian influence in the Middle East. So we are aiding al-Qaeda, which did attack us, because we want to “regime change” Iran, which hasn’t attacked us. How does that make sense?

We all remember the old saying, attributed to Benjamin Franklin’s Poor Richard’s Almanack, that “if you lie down with dogs, you wake up with fleas.” The “experts” would like us to think they are pursuing a brilliant foreign policy that will provide a great victory for America at the end of the day. But as usual, the “experts” have got it wrong. It’s really not that complicated: when “winning” means you’re allied with al-Qaeda and ISIS, you’re doing something wrong. Let’s start doing foreign policy right: let’s leave the rest of the world alone!

Contributed by Ron Paul of Ron Paul Institute for Peace and Prosperity.