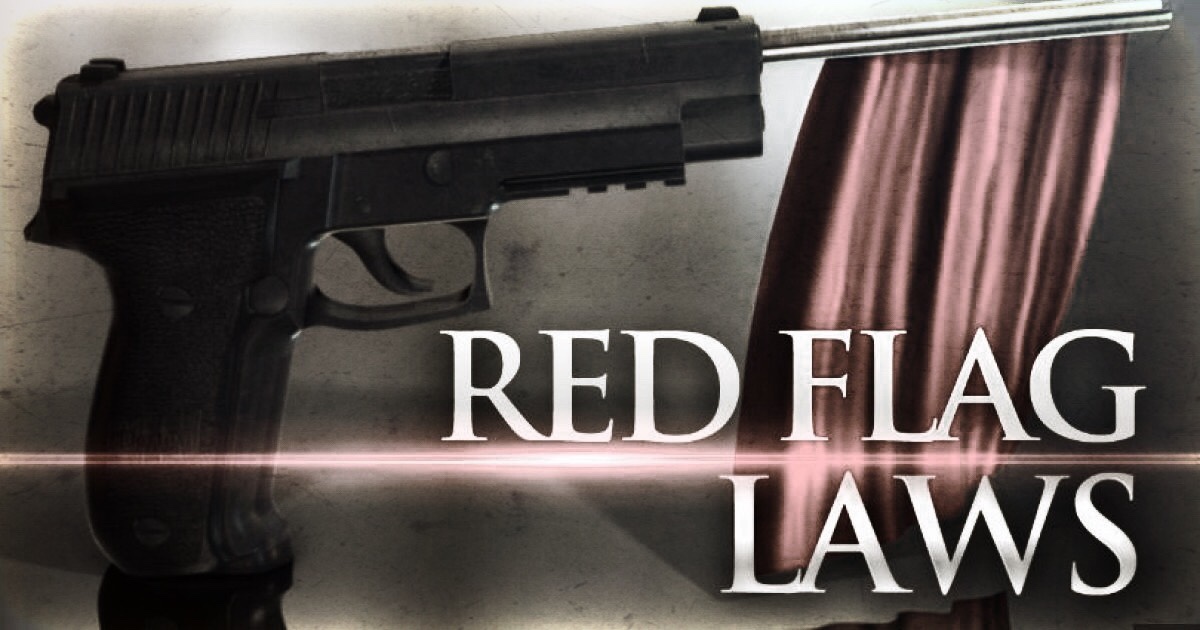 It’s amazing to me that when you report the truth about the Trump administration attacking your rights to keep and bear arms, which are supposed to be protected under the Second Amendment, some conservatives attack you as not supporting the president.  Well, I’ve never supported a president when I believe he is acting tyrannically and unlawfully, no matter the jersey he wears.  The same has been true with President Donald Trump.  While he has America’s eyes fixed on the southern border and wall building (forget the idea that the wall is being built on property that does not belong to the federal government per the Constitution – borders simply limit jurisdiction of justice), his administration has attacked the Second Amendment by illegally banning bump stocks, which Barack Hussein Obama Soetoro Sobarkah’s administration deemed legal; how’s that for irony?  Additionally, Trump has pushed for Red Flag gun confiscation laws following the Parkland shooting last February, which not only infringes on the rights protected under the Second Amendment, but also the rights protected under the Fourth And Fifth Amendments, and multiple Second Amendment advocate groups are calling him out on it.

Guns Owners of America has pointed out the danger and lawlessness of such “laws.”  Executive Director Erich Pratt wrote about William Barr and pointed out “secret courts” that usurp their authority to strip you of your writes.

Just to make it clear, under these Orwellian Gun Confiscation Orders [Red Flag laws and assault weapons bans], a “secret court” can strip a gun owner of his constitutional rights based on a showing as low as “reasonable” suspicion that the person is “dangerous.”

But that claim of “danger” need only be a subjective belief in the mind of the accuser.

The gun owner doesn’t even have to be accused of committing a crime. And yet, he can have his Second Amendment-protected rights suspended — in truly Minority Report fashion — even though he or she was NEVER going to commit a crime.

And this gun confiscation will be done without a jury trial … without legal representation before the court … without facing one’s accuser or being able to challenge the accusations — in short, without any Due Process.

In case you’re unfamiliar with these secret (ex parte) courts, when only the accuser is in the room, a judge will sign virtually any gun confiscation order that is put before him.

A New Mexico judge, for example, entered an ex parte order against David Letterman because a housewife alleged that he was sending her coded signals over her TV screen.

So the “secret court” proceeding will provide the excluded gun owner with no protection whatsoever against the suspension of a wide variety of constitutional rights.

The first thing the gun owner learns of the obliteration of his Second, Fourth, Fifth, and Fourteenth Amendment rights is the “knock-on-the-door” in the middle of the night by police, ready to ransack his house, and, if he resists, to arrest or kill him.

Everyone remembers Gary Willis of Ferndale, Maryland, who was shot to death when he answered his door at 5:17 a.m due to unconstitutional red flag gun confiscation “laws.”

Recently, the National Association for Gun Rights has also called out the administration after the US Senate confirmed swamp creature William Barr as Attorney General.

…one year after the horrific tragedy in Parkland, Florida, the White House is once again caving to the demands of the gun grabbers by endorsing these “Red Flag” laws.

It took nearly 10 months for the Federal Commission on School Safety, established by the Trump Administration in the wake of the Parkland shooting, to release their recommendations.

One of these recommendations was an endorsement of national “Red Flag” laws like the ones being used to confiscate legally owned guns from law-abiding citizens in states like Maryland and California.

From the Federal Commission on School Safety report:

“Other recommendations include encouraging states to adopt laws permitting “extreme risk protection orders” (ERPOs), which can prevent individuals who pose a threat to themselves or others from possessing or purchasing firearms. The Federal Bureau of Investigation’s Public Access Line—a critical component of the FBI’s efforts to keep Americans safe—has undergone changes to improve the process for receiving and evaluating tips from the public.”

Of course, what is not being reported is how “Red Flag” laws STRIP law-abiding gun owners of the right to keep and bear arms without due process.

In fact, gun confiscation laws currently in place at the state level have already led to the death of one gun owner on his doorstep in Maryland.2

With a mere accusation — and with no due process or presumption of innocence — an anti-gun family member, ex-partner, neighbor or other acquaintance (depending on the state) can ask the government to seize legally owned guns from law-abiding citizens.

A simple claim someone is “crazy” or “dangerous” because they support the Second Amendment is all it takes.

In technical terms, they call it an ex parte order.

In reality, it’s a rubber stamp followed by a SWAT team raiding the gun owner’s home at five in the morning.

And while there is hope U.S. Senate Republicans will hold the line against the most draconian of gun control schemes, this endorsement from the Trump White House may be the excuse weak-kneed Senators were looking for to get behind gun confiscation on the federal level.

Attorney General Barr has a long history of supporting gun control, doubling down on his track record by siding with Dianne Feinstein on her Assault Weapons Ban in addition to national “Red Flag” laws.

“We need to push along the ERPOs so that we have these red flag [gun confiscation] laws…this is the single most important thing I think we can do in the gun control area.” —William Barr, Attorney General Nominee 1/15/19

Now, as some of the most unconstitutional gun control laws in history are making their way through Congress, Speaker Pelosi and Senator Feinstein can count on the support of President Trump and his administration’s top prosecutor.

It is important to understand that Red Flag laws, while seeming to be necessary to prevent a dangerous individual from obtaining weapons, are ripe for abuse. It is the language of the bills along with the developing narrative to which you have to pay attention. For example, in HR 5717, one of the listed criteria for issuing an Extreme Risk Protection Order is if the individual in question poses a significant danger to themselves or others by possessing a firearm. If a person is that much of a danger to themselves or others wouldn’t that be the case even if they didn’t have firearms? After all, according to the FBI, more people are murdered with clubs and hammers than rifles. Confiscating their firearms on mere speculation will do nothing to prevent them from murdering if that is what they intend to do. Furthermore, as far as the left is concerned simply owning a firearm is enough to have you considered a threat to yourself or others. Especially if you understand their worldview.

Every time there is a mass shooting we are treated to hours of propaganda describing how the individual involved obtained his weapons legally, or that the person stole them from a family member who was the lawful owner. This is purposeful, it is an attempt to plant the idea in the mind of the masses that guns in the hands of the public in general, pose a threat to all of us. They want your neighbor to fear you if by chance they see you loading up your AR-15 for a day at the range. Another common narrative is that the shooter was a well-known member of the community who nobody believed was capable of committing such an act. The message here is that anyone at any time can snap for no reason and that as long as there are guns in the hands of the public, we are all at risk. Finally, the new developing narrative is the failure of government systems to function as they should. Individuals purchasing weapons who should have been denied but the background check system failed. While logic dictates that gun control will always fail, the masses will see this as a need to implement more controls.

As the state becomes empowered to confiscate weapons from lawful owners more and more will naturally resist. Extreme Risk Protection Orders can be issued with no forewarning to the owner. Heavily armed agents will show up to individuals homes at zero dark thirty attempting to confiscate legally owned guns as was the case in Maryland where a man was killed in such a situation. As people resist, the narrative will slowly develop into one where all gun owners are a danger to themselves or others because they fear an encroachment on their rights.

(U//FOUO)  Proposed imposition of firearms restrictions and weapons bans likely would attract new members into the ranks of rightwing extremist groups, as well as potentially spur some of them to begin planning and training for violence against the government.  The high volume of purchases and stockpiling of weapons and ammunition by rightwing extremists in anticipation of restrictions and bans in some parts of the country continue to be a primary concern to law enforcement.

If you’re worried about gun control, you’re already considered a threat to yourself or others. This is America’s Red Flag warning. The line we have all been drawing in the sand is being crossed.

Now, make no mistake about it, Democrats are just as anxious to rid you of your guns as this administration. The evidence is plentiful. However, keep in mind this warning from Rep. Thomas Massie (R-KY) that both parties are after your guns. Stop playing politics and look at the law!

Contributed by Tim Brown of Son Of Liberty Media.