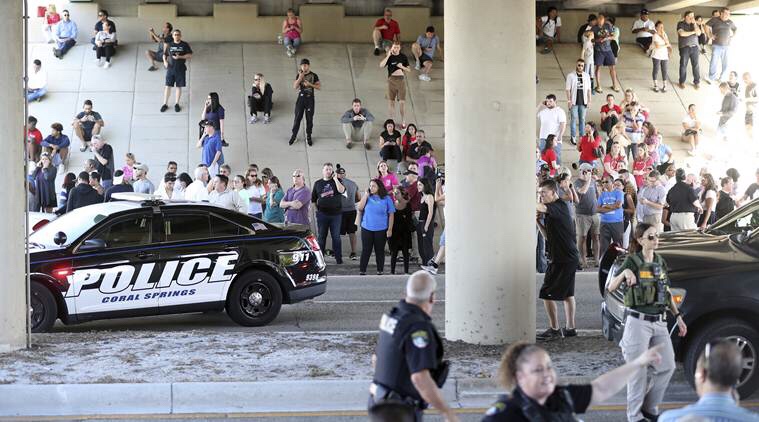 Anytime a shooting happens, it’s a tragic event whether it was a false flag or a legitimate mass shooting by a lunatic; but just because people died doesn’t mean we shouldn’t question the veracity of the events reported. Here are 5 reasons why you should question the recent shooting and remain vigilant.

1. There was a drill planned the day of the shooting.

Coincidentally, earlier on the day of the shooting, teachers at the Marjory Stoneman Douglas High School were told there would soon be a ‘code red’ or ‘lockdown’ drill, to practice their response to an immediate threat, Miami Heraldreported.

The shooter Nikolas Cruz is claiming to have heard “demonic voices,” like previous mass shooting suspects – Sirhan Sirhan, Unabomber Ted Kaczynski, David Chapman,  Jared Loughner, Aaron Alexis or any of the other shooters who heard strange voices before carrying out their acts of horror, according to Daily Mail. (See this writer’s article: “I HEAR VOICES: MKUltra? A Worrying Trend Of Mass Shooting Suspects Throughout History Before Committing Horrific Murders.”)

3. The shooter arrived in an Uber and left the scene blending into the crowd then peacefully surrendered.

Cruz, who is alleged to suffer from autism, depression and other significant psychological problems according to his legal team, arrived at Marjory Stoneman Douglas High School in an Uber ride. He then opened fire at the school, shooting into rooms 1215, 1216, 1214 … he then went back into 1216, 1215 and then to 1213 according to his arrest affidavit.

“The suspect then took the west stairwell to the second floor and shot one victim in room 1234 on the second floor. The suspect then took the east stairwell to the third floor … he then dropped his rifle and backpack containing extra ammunition and ran down the stairs … exiting building 12 and ran toward the tennis courts,” the affidavit continued.

“The suspect then arrived at a Walmart store and bought a drink at the Subway and left the Walmart on foot.”

According to the police timeline, he arrived at Walmart at 2:50 p.m.

“The suspect then arrived at a McDonald’s and sat down for a short period of time around 3:01 p.m. and he left on foot.”

“At 3:41 p.m., 40 minutes after leaving McDonald’s, the suspect was detained at 4700 Wyndham Lakes Drive in Coral Springs, by an officer with the Coconut Creek Police Department,” Sheriff Israel concluded.

Cruz was expelled from the school last year after students said he got into a fight with his ex-girlfriend’s new boyfriend and was caught with bullets in his backpack.

Three witnesses claim that there were multiple shooters, while one account is less detailed and based on meeting the shooter in the hallway and hearing gunshots ringing out. Another account of the shooting details multiple shooters where the woman states, “there were three shooters that’s what I heard … I saw some other kid and he was wearing some type of thing.”

5. The shooting is being used to take away our freedoms.

The fifth – and possibly the most important reason – the shooter allegedly posted on some random YouTube channel that he was about to carry out the disgusting mass murder, which the YouTube channel owner Ben Bennight then reported to the FBI and YouTube.

“I’m going to be a professional school shooter,” A YouTube user named Nikolas Cruz commented on a video on Sept. 24, 2017.

As a result of this, the county sheriff Scott Israel in charge of investigating the mass school shooting in Parkland, Florida, pleaded with lawmakers on Thursday to give police and doctors more power to involuntarily hospitalize people for psychiatric evaluation over posts on social media that are deemed “violent and threatening.”

Then there are the consistent calls to ban guns and dismantle the Second Amendment’s right to bear arms … like banning firearms, a tool used to aggress or defend is going to do anything. One could argue that if someone in that school had a firearm the damage done could have been minimized.

Meanwhile, besides the shooting being used to attempt to take away Internet freedoms and to dismantle the 2nd Amendment, everyone is ignoring and distracted from the fact that France and many other nations including the U.S. are preparing for war in Syria over another chemical weapons attack. Additionally, the U.S. has destroyed a Russian tank in “self-defense” as well as blaming Russia for the chemical weapons inching us closer to WW3 with Moscow.

Fun fact: the last time the U.S. was ready to go to war in Syria over chemical weapons, the military stood up and said it wouldn’t fight alongside Al-Qaeda with a hashtag campaign #IdidntJoin … then a shooter shot up the Navy yard. In that shooting, the suspect carved into his gun “MY ELF WEAPON” and filed a police report (below) where he said: “the government was controlling my mind.” 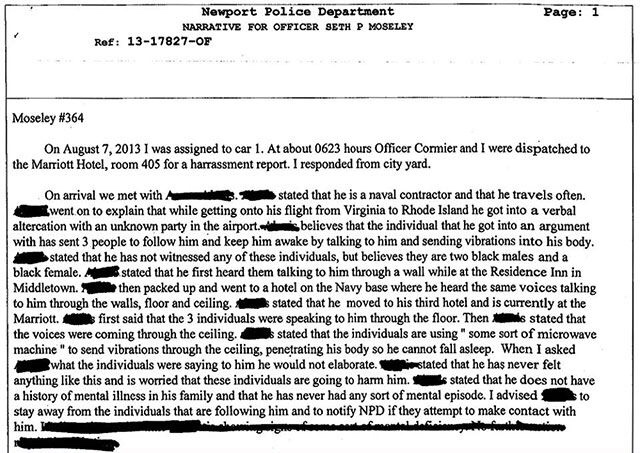 So think of that what you will in light of this recent shooter also saying he heard voices that he described as “demons.” Then calming down and peacefully surrendering like nothing had happened…

With all this information, one should question whether Nikolas Cruz was a Manchurian candidate, a victim of mind control who was set up to be the fall guy in this situation, or at the very least just a shooter being used to eradicate our rights and distract us from an erupting dangerous situation in Syria. Taking advantage of a tragedy? No matter what way you look at this, we lose; as Rahm Emanuel once famously said “never let a good tragedy go to waste.”

An important note: if this was a false flag attack that doesn’t mean that people didn’t die, as history has proven from many suggestions of false flags such as Operation Northwoods against Cuba, or the false flag to go to war with Russia during the Cold War. In both, deep state groups within the government suggested murdering innocent Americans for political purposes.

Aaron Kesel writes for Activist Post where this article was originally published.