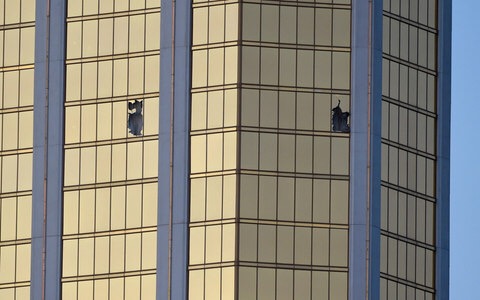 A Saudi Arabian based risk management company was on the ground during the horrific Las Vegas Massacre, according to a former military intelligence analyst who told The Alex Jones Show that the company was there to “fulfill a contract.”

The former intelligence agent called into the popular alternative media radio show which happened to be doing a segment on the Las Vegas Massacre with Intellihub founder Shepard Ambellas at the time.

The caller, who Alex Jones stated has a background in military intelligence and has given the show good information in the past, not only directly said that Ambellas’s reporting on the possible use of helicopters during the attack was spot on, he also added a new wrinkle to the investigation.

According to the caller, the Saudi Arabian based ETS Risk Management company was on the ground at the time, fulfilling a contract that was not given to them by the Department of Defense. The company has a history of work in the middle east and has been known to conduct drills in the United States.

Ambellas noted in his own report on the shocking call that:

The former analyst maintains that ETS “did work in 2013 in Libya” which Zach says constitutes an “Islamic” connection.

“So when people bat their eyes and say that this is not Islamic, this is Islamic, not in the sense that it is done by Islamic groups but in a way ISIS itself is a creation of these private military groups.”

“So you have these private military companies that are backed and ran by the deep state […] creating this chaos around the world,” he explained. “And with full validation, one-hundred percent, ETS Risk Management was on the ground in Vegas that night and this gentleman (Shepard Ambellas) who you have on, he’s talking about these choppers being in the area, he’s spot on.”

Another crucial aspect to this story is the fact that Ambellas had revealed on the show, moments before the intelligence analysts call, that a source of his had told given him information that points to the FBI having foreknowledge of the attack.

The caller’s information dovetails with several crucial details Ambellas had dropped on air just moments earlier when he revealed that one of his sources had told him that the FBI had reserved thirty hotel suites at Bluegreen Club 36 on Thursday Sept. 28, three-days prior to the shooting, and the same number of suites on the Tuesday following the massacre.

While we obviously do not know exactly what happened on the night of October 1st we can safely say at this point that the official story has been completely debunked.