Sometimes we find that truth is scarier than fiction, and sometimes fiction turns out to be the scary truth. Clearly sinister things are going on within the government. If 2020 has proven anything to us, it is that nothing should come as a surprise. So if we were to hear that Joe Biden was caught summoning the powers of Gargamel to attack Maga smurfs, we shouldn’t be surprised. That outlandish claim would be much fiction, however the truth is a little darker than that. In fact, it’s Hillary Clinton summoning Gilgamesh and buried Nephilim.

Hold on to your tinfoil hat, you just read that right. Hillary Clinton. Gilgamesh. Buried Nephilim. A verified fact just in time for Halloween. 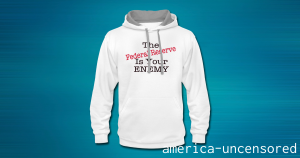 A shocking discovery in the FOIA release of State Department emails confirms the claim. An email is discovered “Requesting documents pertaining to the resurrection chamber of Gilgamesh, the location of his body and the location of the buried Nephilim.” 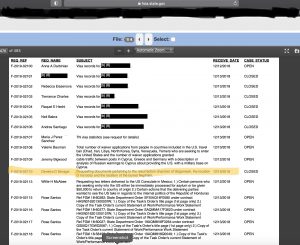 America Uncensored has verified this to be fact. The above photo is a screenshot taken from our own research, but as always it is recommended that you find out for yourself. You can do so by following this link to the FOIA site, click the first file “Department of State FOIA log 2018.” The email is found on page 470, number F-2019-02110.

This is as far as the information goes at this point. We know it is fact that the State Department”s emails include a message “pertaining to the resurrection chamber of Gilgamesh and the location of the buried Nephilim.” Everything else is left to speculation. However, knowing the wicked bitch of the west, her plans could only be dark and sinister.

Editors Update: While we cannot guarantee this is actually connected to Hillary, and speculation is warranted. Claims are noted the requestors name as Denetra D Senigar and the date being 12/13/2018. It should be understood that this is the date the file was received and not the actual send date. Further, a search for the name Denetra D Senigar brings up nothing of significance and is possibly an alias. Going to the the virtual reading room of Clinton emails and search for Nephilim and it returns zero results. However, if you search for the name Denetra D Senigar, 12,726 results return. So it appears that this name could very well be some type of satanic code name used by HRC. The file would not show up under Clinton’s secret emails because the request was not sent from this account. The request was to the state department from Clinton’s alias.

There is the possibility that the email is a cryptic discussion, Gilgamesh could be code for something else. If this is the case, what are the “buried Nephilim?” Further, it is unlikely that a message would be hidden under a title that would clearly gain so much attention.

Gilgamesh is an ancient Sumerian King, thought by many to be among the gods. Some ancient text portray Gilgamesh as a judge of the dead in the underworld.

The Nephilim are considered to be the fallen angels whom rebelled against God and took up with the daughters of men. Their children being the giants of ancient text.

Taking into consideration the dark research at CERN, and the push for the Mark of the Beast, there is limit to conclusion. Also consider the plot to modify our DNA through a biometric vaccine. With these things in mind, it appears that the government is trying to resurrect the fallen to make war with God.

Thanks to Hillary Clinton’s email secrets, now we can see the truth. Those in power that wish to make us believe there is no God, are doing everything to prove his existence. They make known whom they serve. What dark plan was Hillary working on, and how far has she gotten?

Many questions come to mind, and many answers fall into place.

Author and editor for America Uncensored.net. L Steele has written for online publications since 1999 on a variety of subjects. He has held several positions where he gained knowledge and contacts on subject matter of which he writes. He values honesty and integrity. Views are his alone and do not necessarily reflect the views of anyone else. His articles may be republished in digital form for noncommercial / non-paywall use, provided full author credit and a direct link to the page. You can follow L Steele on LinkedIn, on Twitter, on Minds, and on Facebook. Support for his work at Pay-Pal is appreciated and helps keep his work and this site active.