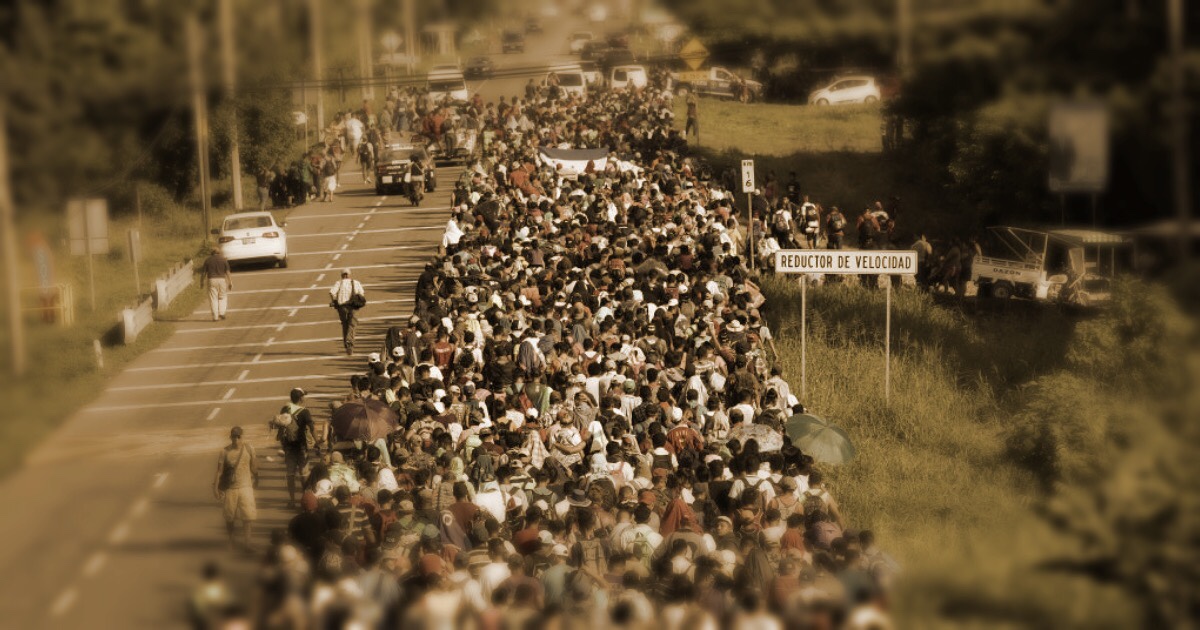 Hundreds of U.S. troops are said to be making their way to America’s southern border to assist the National Guard and DHS aiming to stop a migrant caravan making its way from Honduras. According to a U.S. official, 800 soldiers are being sent to offer “logistical support”.

In response to president Trump’s threat to send the military to the border, Defense Secretary James Mattis could order the deployment as soon as today, Fox News reports.

The official said roughly 800 soldiers will be sent to the area to offer “logistical support,” including providing tents and vehicles.

It’s not immediately clear which units are being tasked with the mission as details are still being finalized.

Defense Secretary James Mattis could sign the deployment orders as soon as today.

Brandon Judd of the National Border Patrol Council is right when he says on @foxandfriends that the Democrat inspired laws make it tough for us to stop people at the Border. MUST BE CHANDED, but I am bringing out the military for this National Emergency. They will be stopped!

The National Guard, assisting Homeland Security, currently has 2,100 troops on the southern border.

The caravan of around 7,000 migrants is still 1,000 or more miles away from the closest entry point into the United States. Many are suffering exhaustion and other health issues.

The actual number of migrants with the caravan is not known as some are turning back to their homelands while others are joining along the way. Sickness, fear and harassment are whittling down the caravan, CNBC reports.

Little by little, sickness, fear and police harassment are whittling down the migrant caravan making its way to the U.S. border, with many of the 4,000 to 5,000 migrants camped overnight under plastic sheeting in a town in southern Mexico complaining of exhaustion.

The group, many with children and even pushing toddlers in strollers, planned to depart Mapastepec at dawn Thursday with more than 1,000 miles still to go before they reach the U.S. border.

But in recent days a few hundred have accepted government offers to bus them back to their home countries.

President Trump continues to call for a border wall to help combat invasions such as the caravan heading this way. However, it seams to have less appeal now that republicans are trying to fund it through taxpayers instead of making Mexico pay for it as promised.

Though mainstream media outlets such as CNBC paints a picture of hundreds of migrants suffering trying to make their way to America for a better life, there is much more at stake. The safety of this nation. As Sara Carter points out, there are people joining up with the caravan from several terrorist countries including members of the MS 13 gang.

Guatemalan intelligence discovered people from India, Bangladesh, Africa had also joined in with the caravan -I bumped into a number of young MS 13 gang members. @JudicialWatch Chris Farrell and Guatemalan Secretary of Strategic Intelligence Mario Duarte on the border w/ me pic.twitter.com/qFkRUuXEiv

It’s hard to find fault with Trump’s decision to put our military on the border, it is after all where they belong. Our troops are spread out throughout the world fighting battles for rich globalist which have nothing to do with out freedom. The border is where they belong, protecting us from real threats.

Contributed by L.Steele of AmericaUncensored.net, where this article was originally published.

Author and editor for America Uncensored.net. L Steele has written for online publications since 1999 on a variety of subjects. He has held several positions where he gained knowledge and contacts on subject matter of which he writes. He values honesty and integrity. Views are his alone and do not necessarily reflect the views of anyone else. His articles may be republished in digital form for noncommercial / non-paywall use, provided full author credit and a direct link to the page. You can follow L Steele on LinkedIn, on Twitter, on Minds, and on Facebook. Support for his work through Cash-App is appreciated and helps keep his work and this site active.