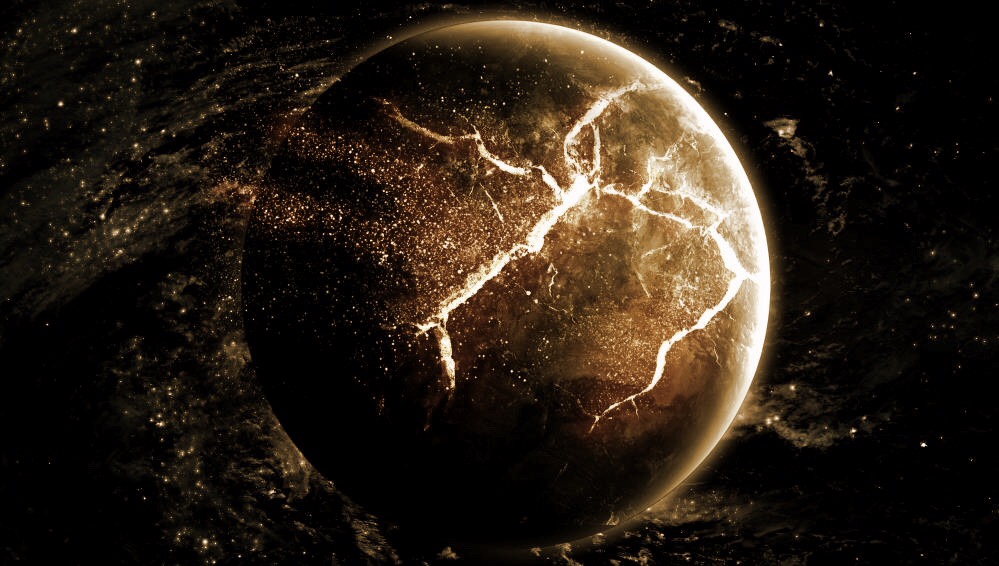 This place we all call home, Earth, is currently in the throes of some serious magnetic turmoil. And scientists are now warning that we’re possibly in for a very rough ride in the months and years ahead, as our North and South Poles are actually moving from their formerly fixed points.

According to a paper recently published in the peer-reviewed journal Nature, what’s happening is that magnetic North Pole is traveling away from Canada and towards Siberia – and it’s doing this so quickly that scientists are now having to issue emergency updates to the maps used by electronic navigation systems.

While Earth’s magnetic fields have always been in a state of flux, this flux is picking up some dramatic speed, experts warn. What this means is that the World Magnetic Model (WMM), upon which most modern navigation relies, is becoming obsolete much more quickly than normal.

The last version of this model was released in 2015, and was supposed to last until 2020, scientists claim. But because the poles are now changing at breakneck speed, this model is having to be updated a lot sooner – assuming there’s funding to be had amid the current federal government shutdown.

“[The World Magnetic Model] was due to be updated on the 15th January, but due to the U.S. Government shutdown, that has already been delayed until the 30th,” writes Mark Prigg for the DailyMail Online about the current situation.

For more related news, be sure to check out FutureScienceNews.com.

While it would seem that the Poles, and mainly the North Pole, are simply veering off-course at an unusually fast rate, scientists warn that every so often they actually flip – and that this could be what’s occurring before our very eyes.

Currently, the worst affected areas are those north of Canada in the Arctic Ocean. But should the Poles eventually swap places entirely, the entire globe will be affected.

“It’s moving at about 50 km (30 miles) a year,” says Ciaran Beggan from the British Geological Survey in Edinburgh, as quoted by Reuters. “It didn’t move much between 1900 and 1980, but it’s really accelerated in the past 40 years.”

Fortunately for the average person, the current changes will go largely unnoticed, as civilian navigation systems used at lower latitudes rely on radio waves from satellites that aren’t affected by this ongoing drift – at least for now.

But there could come a point where everyone will be affected, especially since, as Arnaud Chulliat from the University of Colorado Boulder and the National Oceanic and Atmospheric Administration’s (NOAA) National Centers for Environmental Information puts it, “the error is increasing all the time.”

“In early 2018, as part of our regular assessment of the WMM, we found that the model exceeded its specification for declination only three years into the five-year WMM cycle,” he told an audience at a recent gathering of the American Geophysical Union.

“We investigated this error and tracked it down to the combined effect of a global geomagnetic acceleration pulse occurring in 2015-2016, and a fast-changing magnetic field in the North polar area.”

As for the location of the South Pole, Chulliat and other scientists seem to agree that its current drift is “very low” – but as previously mentioned, that could change. Experts hope that the new model that takes into account the North Pole’s more dramatic shift will remain accurate until the next regularly schedule update, which is set to occur in 2020.

Be sure to check out this story by Mike Adams, the Health Ranger about how the ongoing magnetic pole shift was linked to poisonous “space clouds” associated with mysterious bird deaths.

Copyright Information: This content has been contributed to America Uncensored by a third-party or has been republished with permission from the author. You are encouraged to click their link above for more interesting content.