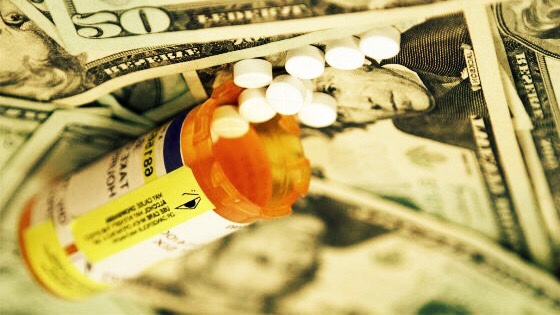 The Massachusetts attorney general has declared that the family behind the drug Oxycontin is responsible for the opioid epidemic ravaging the United States.  Purdue Pharma and eight members of the Sackler family who own the company, are being accused of personally starting the opioid crisis by deceptively selling Oxycontin.

According to CBS News, MA attorney general, Maura Healey alleges the Sackler family hired “hundreds of workers to carry out their wishes.” Those wishes included pushing doctors to get “more patients on opioids, at higher doses, for longer, than ever before” all while paying “themselves billions of dollars.” In her lawsuit, Healey names eight members of the family that own Purdue Pharma, alleging they “micromanaged” a “deceptive sales campaign.” In the conclusion to the complaint, Healey said the Sackler family used the power at their disposal to engineer an opioid crisis.

About 400,000 people died from opioid overdoses between 1999 and 2017, according to the Centers for Disease Control and Prevention. The opioid epidemic is also being blamed for the drop in life expectancy in the United States that has been falling since its peak in 2014. On average, about 130 Americans die every day from an opioid overdose.

“They don’t want to accept blame for this. They blame doctors, they blame prescribers and worst of all, they blame patients,” Healey said. Purdue Pharma, on the other hand, called the accusations “a rush to vilify” the drugmaker. Healey also said that Purdue Pharma and the Sackler family are “one and the same.” There’s a lot in the lawsuit that’s still redacted, and lawyers for Purdue plan to argue on Friday that it should stay that way, reported CBS News.

In a statement, Purdue Pharma said the lawsuit “distorts critical facts” and “cherry-picked from among tens of millions of emails and other business documents.” In one such alleged instance, then-president Richard Sackler devised what Healey describes as Sackler’s “solution to the overwhelming evidence of overdose and death,” writing in a confidential email, “we have to hammer on the abusers in every way possible. They are the culprits and the problem.”

“Massachusetts’ amended complaint irresponsibly and counterproductively casts every prescription of OxyContin as dangerous and illegitimate, substituting its lawyers’ sensational allegations for the expert scientific determinations of the Food and Drug Administration (FDA) and completely ignoring the millions of patients who are prescribed Purdue Pharma’s medicines for the management of their severe chronic pain.

In a rush to vilify a single manufacturer whose medicines represent less than 2 percent of opioid pain prescriptions rather than doing the hard work of trying to solve a complex public health crisis, the complaint distorts critical facts and cynically conflates prescription opioid medications with illegal heroin and fentanyl, which are the leading cause of overdose deaths in Massachusetts. Throughout the complaint, the Commonwealth disregards basic facts about Purdue’s prescription opioid medications…”- Purdue Pharma to CBS News in a statement

Massachusetts is one of 36 states now suing Purdue Pharma. The states are accusing the company of deception in downplaying the dangers of OxyContin. In a 2007 federal settlement, the company admitted to falsely selling the drug as “less addictive” than rival products and were therefore forced to pay $630 million in fines.

Because of the highly addictive properties of opioids, CBD oil is fast becoming a replacement for expensive and dangerous drugs like Oxycontin.  Studies have found that CBD oil is effective for treating neuropathic pain, arthritis pain, anxiety, sleep disorders, and depression. “I’ve had some patients that have been able to get off some of those pain medications, which they hated taking,” said pharmacist Ira Katz. “It has no addictive properties and far less side effects than do a lot of the prescription pain medications.”

And you get the added bonus of staying out of the increasing drama between government and Big Pharama regarding the blame game for the opioid epidemic.