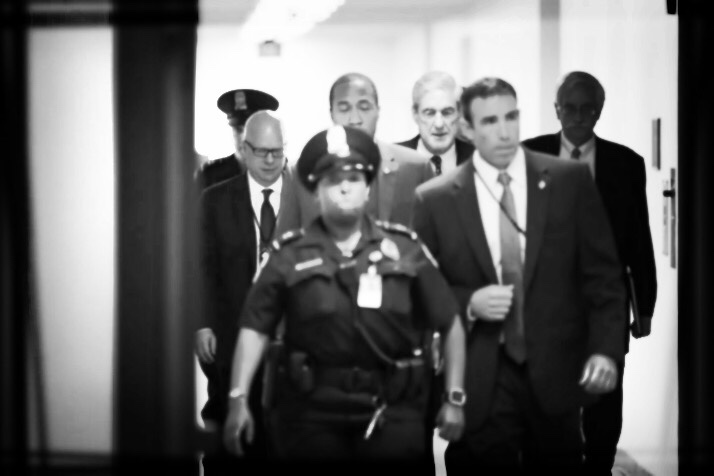 You know, it’s way past time that the Robert Mueller investigation of the ever elusive Russian collusion that he’s been searching for at taxpayer expense for two years come to an end, and the only way that is going to happen is for President Donald Trump to simply put an end to it.  So far, the special counsel has spent in excess of $25 million of the people’s money and has basically turned up nothing that is actually tied to his mandated investigation.  However, government watchdog Judicial Watch is concerned that he has spent an enormous amount of the people’s money on his security detail.

On Thursday, Judicial Watch filed a Freedom of Information Act (FOIA) lawsuit against the Justice Department for records it continues to not turn over in response to FOIA requests that present both the costs of the security detail for Special Counsel Robert Mueller and the logs maintained by the detail.

In March 2018, Judicial Watch submitted a FOIA request to the DOJ for the following:

• All records reflecting expenses incurred by, and disbursements of funds for, the security detail for Special Counsel Robert Mueller.

• All logs maintained by the security detail assigned to Special Counsel Robert Mueller.

The DOJ, as is becoming commonplace nowadays, failed to provide the documents in a timely manner and so on Thursday, Judicial Watch filed a lawsuit against the Department of Justice in the US District Court for the District of Columbia.

In a related lawsuit filed in October 2017, the Justice Department had refused to release the proposed budget of Robert Mueller’s Special Counsel Office, but later was forced to release details from the heavily redacted August 2 memorandum in which Deputy Attorney General Rod Rosenstein granted broad authority to Special Counsel Robert Mueller, three months after Mueller’s appointment. The initial appointment memo, controversially, was written in May 2017.

Judicial Watch is pursuing numerous additional FOIA lawsuits related to the surveillance, unmasking, and illegal leaking targeting President Trump and his associates during the FBI’s investigation of potential Russian involvement in the 2016 presidential election.

“The Justice Department, the FBI, and Special Counsel Mueller continue to operate as if they are above the law,” said Judicial Watch President Tom Fitton. “The American people have a right to know how much taxpayer money is being thrown at Mueller’s massive investigation. Judicial Watch has never before seen this level of secrecy surrounding the operation of a special or independent counsel.”

Mueller has so far brought criminal counts against more than 30 people and three Russian entities, producing more than 100 criminal charges.  However, none of those seem to be about what his probe was actually about.