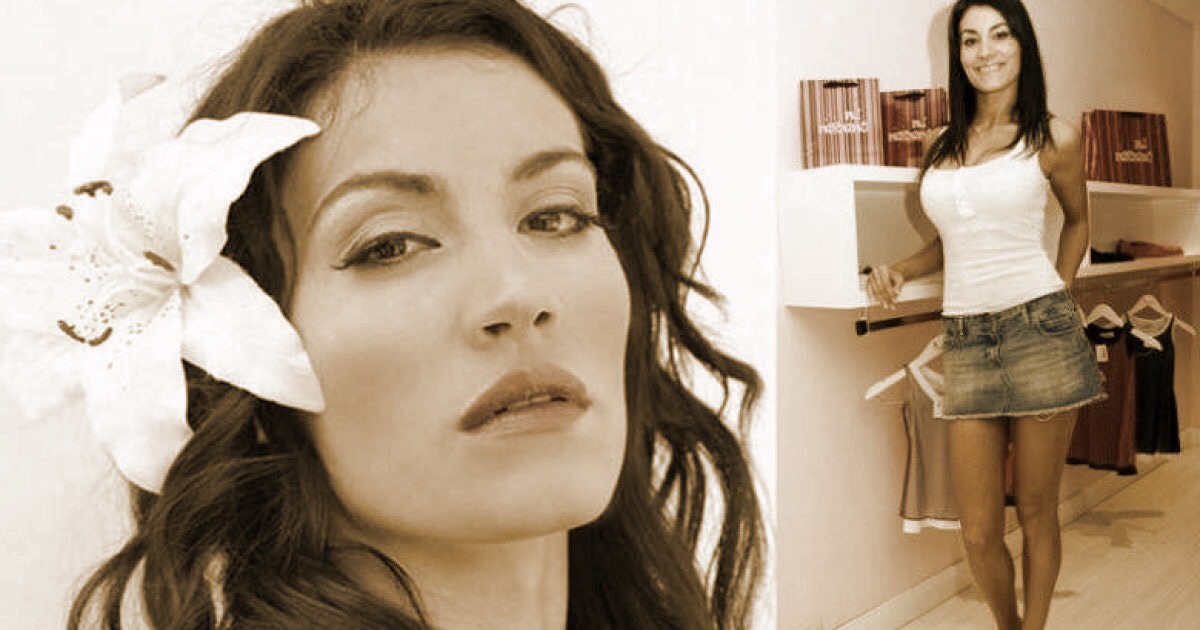 A 41-year-old Argentinian model was found dead on Saturday February 23 in a bed at the Xanadú party salon in La Ñata, in the Tigre district, north of Buenos Aires City, according to police.  However, the woman said she accidentally exposed an international pedophile ring in 2018 and was in fear for her life, even going to the extent of claiming, “I will not commit suicide. I won’t be bought off or drown in a bathtub, nor will I shoot myself in the head. So, if that happens, IT WASN’T ME.”

Here’s the video from 2018 where she discusses the pedophile network.  Thought it’s in Spanish, there are English captions.

Less than a year ago, around the time of the interview above, she tweeted out that she would never commit suicide and that if she were found dead, it was not her doing.

“I will not commit suicide. I won’t be bought off or drown in a bath tub, nor will I shoot myself in the head. So, if that happens, IT WASN’T ME. Save this tweet,” she wrote.

Natacha Jaitt Tweet – "Notice: I will not commit suicide. I won’t be bought off or drown in a bath tub, nor will I shoot myself in the head. So, if that happens: I wasn’t me. Save this tweet." https://t.co/ttAFS2qoS4 pic.twitter.com/oEWl5mikuZ

Jaitt is said to have died from a cocaine overdose (heart failure/stroke).

Natacha Jaitt’s body was found in a bed at the Xanadú party salon in La Ñata, in the Tigre district, north of Buenos Aires City, police confirmed.

Investigators are currently looking into the circumstances of the 41-year-old’s death, including running checks on the five people who had been with her in the hours prior. An autopsy was underway at the San Fernando morgue.

The report went on to state that though she had been a former drug user, those who were closest to her insisted that she was no longer a user.

The tweet [above] followed allegations by Jaitt that dozens of high-profile Argentinians, including members of local football clubs such as Independiente and River, were involved in a VIP pedophile ring. She also claimed to have evidence that local celebrities, politicians, religious figures, actors, and television producers were involved in child abuse, trafficking and child prostitution. Jaitt’s remarks on these issues led to a barrage of attacks against her in the final months of her life, including death threats. Local media dismissed her allegations as “unfounded.”

Last month, Jaitt accused film director Pablo Yotich and a friend of his of raping her.

Jaitt’s brother and her lawyer believe Natacha may have been murdered, with the brother claiming that despite an earlier drug problem, she could not have consumed cocaine on the night of her death, since she knew that the drug could react dangerously to medications she was taking.

Police have not ruled out foul play, but said that Jaitt’s body “showed no signs of violence.”

However, within minutes of posting the pictures, he deleted them.

In one of the photos, someone can clearly be seen in the reflection of the sliding glass doors. Who is this person?

However, at least one outlet claimed that Pope Francis was even mentioned by Jaitt.

In the program La Noche de Mirtha (Channel 13), the media Natacha Jaitt named journalists, producers, politicians and even involved the very Pope Francis as accomplices of a large network of pedophilia.

At the beginning, Jaitt spoke specifically of the deputy Gustavo Vera and with the journalist Mercedes Ninci in between, he shot: “Mercedes, you are a close friend of Vera, did you know that he is a pedophile and that he runs brothels?”

The accusation without evidence of the media – and with certain strong exchanges with Ninci – also led her to involve the Pope himself.

“(Julio) Grassi practiced pedophilia and Bergoglio moved to a place of children without resources to save him,” he said.

After these accusations, he referred to the public relations officer Leonardo Cohen Arazi – detained a few days ago – and also involved several accomplices. “Cohen Arazi asked for sex in exchange for work, his partner is Francisco Delgado from Big Brother, Brian (Lanzelotta) took the boys from the village to the referee (Martín Bustos) and to him,” he accused.

He added: “A network was being put in. Combat participants entered not by casting but by having sex with Cohen Arazi.”

At the same time, he added the producer of Liliana Parodi and the journalist Juan Cruz Sanz among the accomplices of the public relations specialist. “Sanz is a friend of Cohen Arazi,” he said.

In this sense, Natacha also involved several journalists such as Carlos Pagni and Oscar González Oro. As well as the humorist Enrique Pinti.

Another journalist appointed by Jaitt was Alejandro Fantino. “The driver of Animales Sueltos was also a client of Leo Cohen Arazi,” he said. At that moment and when he had also mentioned Ernesto Tenenbaum, he was interrupted by the conductor Mirtha Legrand, complaining about the attitudes of the media against Ninci.

Her brother and attorney are alleging this was a murder, not a suicide and not an accidental overdoes.

While investigators are not ruling out foul play and claiming it looks like a suicide or accidental overdose, is it really so far fetched that she would be in fear for her life, having two small children, and openly declare she wouldn’t do this and then kill herself?  I think not.

Earlier this month, Sabrina Bittencourt was found dead in her home in Barcelona just days after exposing President Bill Clinton’s “faith healer” as a child rapist and claiming he ran a “sex slave farm.”

Contributed by Tim Brown of Son Of Liberty Media.