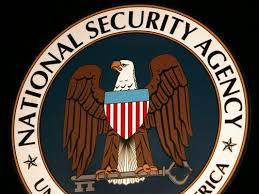 The NSA announced Friday that they would stop the controversial program which sweeps up all emails and text messages which an American exchanges with someone overseas that makes reference to a real target of NSA surveillance.

By way of background, if Russia’s Putin was an NSA target, and an American received an email from a Russian saying “I hate Putin”, then that American could be surveilled by the NSA.

Washington’s Blog asked Bill Binney what he thought of the NSA’s announcement.

Binney is the NSA executive who created the agency’s mass surveillance program for digital information, who served as the senior technical director within the agency, who managed six thousand NSA employees, the 36-year NSA veteran widely regarded as a “legend” within the agency and the NSA’s best-ever analyst and code-breaker, who mapped out the Soviet command-and-control structure before anyone else knew how, and so predicted Soviet invasions before they happened (“in the 1970s, he decrypted the Soviet Union’s command system, which provided the US and its allies with real-time surveillance of all Soviet troop movements and Russian atomic weapons”).  Binney is the real McCoy.  Binney has been interviewed by virtually all of the mainstream media, including CBS, ABC, CNN, New York Times, USA Today, Fox News, PBS and many others.

Do you buy it? https://www.yahoo.com/tech/us-nsa-spy-agency-halts-controversial-email-sweep-215107654.html

Or do you think they’re just collecting under a different authorization/program?

This is a farce given the bulk continuous domestic data collection and storage from the Upstream programs: Fairview, Stormbrew and Blarney. [Here’s background on Fairview/Stormbrew/Blarney.]

This FAA 702 [Section 702 of the Foreign Intelligence Surveillance Act] has been a charade from the beginning. [Specifically, the NSA is spying on all Americans under Executive Order 12333, and only talking about Section 702 to confuse people as to what they’re doing.]

It was a way to make people/congress/judiciary think that they were trying to conform to the law.

And, by spreading false information, which our useless MSM fail to challenge, it’s a way of subverting our republic – all done in secret with only a few people in the know of what really is going on.

Meanwhile in the background, NSA through program “Muscular” was unilaterally tapping the fiber lines between Google and Yahoo and others data centers; so that when they backed up their data between centers, NSA got it all and the companies did not even know that was happening.

Absolutely nothing has changed.