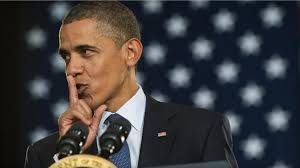 Barack Obama is funding the anti-Trump movement through a series of backdoor deals and policies.  Wall Street may be surprised to learn that it is also helping bankroll the anti-Trump “resistance” whether they wanted to or not. Wall Street is fighting policies which would heavily favor it, including corporate tax cuts and the repeal of Obama-era banking and health-care regulations.
We have the Obama administration to thank for the harsh anti-Trump movement by far left groups, according to an article by the New York Post.

The Obama administration’s massive shakedown of Big Banks over the mortgage crisis included unprecedented back-door funding for dozens of Democratic activist groups who were not even victims of the crisis. At least three liberal nonprofit organizations the Justice Department approved to receive funds from multibillion-dollar mortgage settlements were instrumental in killing the ObamaCare repeal bill and are now lobbying against GOP tax reform, as well as efforts to rein in illegal immigration. An estimated $640 million has been diverted into what critics say is an improper, if not unconstitutional, “slush fund” fed from government settlements with JPMorgan Chase and Co., Citigroup Inc. and Bank of America Corp., according to congressional sources.
The payola is potentially earmarked for third-party interest groups approved by the Justice Department and HUD without requiring any proof of how the funds will be spent. Many of the recipients so far are radical leftist organizations who solicited the settlement cash from the administration even though they were not parties to the lawsuits, records show.
“During the Obama administration, groups committed to ‘revolutionary social change’ sent proposals and met with high-level HUD and Justice Department officials to try to get their pieces of the settlement pie,” Cause of Action Institute vice president Julie Smith told The Post. –New York Post

It isn’t immediately clear how much money, in all, has been diverted from settlement funds to these and other hardcore left-wing organizations. Attorney General Jeff Sessions has ordered a full audit of the funds while discontinuing the practice of funneling Justice Department settlements to third-party groups, but not before the Obama administration doled out massive amounts of money to groups with “anti-Trump” sentiments. “Any settlement funds should go first to the victims and then to the American people [through the US Treasury] — not to bankroll third-party special interest groups or the political friends of whoever is in power,” Sessions said in a recent statement.
Which means that Obama himself didn’t fund the anti-Trump movement; the taxpayers did – whether they liked it or not.
The Independent Community Bankers of America, a national voice for more than 5,700 large and small banks, said it opposes the government practice of providing back-door funding to unrelated groups. But it still hasn’t stopped regardless of Sessions’ attempts combined with those of the ICBA. “ICBA believes the funds should go towards affected victims,” a spokeswoman for the banking trade association told The Post.

The Post has learned that the Consumer Financial Protection Bureau continues to force financial institutions it prosecutes to donate to third-party community organizers. More, penalties in such cases are deposited into the Bureau’s now-$170 million-plus Civil Penalty Fund, which has, in turn, channeled almost $30 million to “consumer advocacy” groups. –The New York Post

CFPB director Richard Cordray is an Obama holdover, whose special five-year term doesn’t expire until 2018. It has also been suggested that the Trump administration fire Cordray.