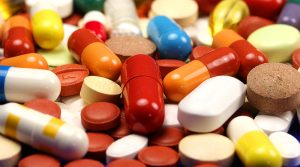 (ANTIMEDIA) Ohio — Joining other states battling a growing epidemic of addictions to prescription painkillers, it was announced Wednesday that Ohio is suing five pharmaceutical corporations for, as reported by the Associated Press, “intentionally misleading patients about the dangers of painkillers and promoting benefits of the drugs not backed by science.”

In announcing the lawsuit, Attorney General Mike DeWine said he hopes the legal action will “compel these companies” — Johnson and Johnson, Allergan, Purdue Pharma, Endo Health Solutions, and Teva Pharmaceutical Industries — to “clean up this mess” they helped create.

“In 2014 alone, pharmaceutical companies spent $168 million through sales reps peddling prescription opioids to win over doctors with smooth pitches and glossy brochures that downplayed the risks of the medicines,” DeWine said at a press conference, adding that a fifth of his state’s population was prescribed opioids last year.

The state’s injunction, if successful, would bring a halt to what it considers the pharmaceutical corporations’ “continued deception and misrepresentation in marketing,” as well as to allow for monetary awards for both the Ohio government — repayment for taxpayer money spent combatting the epidemic — and citizens who were unnecessarily prescribed painkillers.

In reporting on the news, Reuters highlighted the severity of the backlash now facing the pharmaceutical industry:

“Drug companies including Purdue and Johnson & Johnson have been fighting lawsuits by two California counties, the city of Chicago, four counties in New York and the state of Mississippi over their opioid marketing practices.”

Pharmaceutical companies are also facing a lawsuit from the Cherokee Nation over the opioid crisis.

In 2015, the state of Kentucky was awarded $24 million as part of a settlement from a lawsuit accusing Purdue Pharma of deliberately misleading the public about the addictiveness of the powerful drug OxyContin.

That same year, a record 3,050 Ohioans died from drug overdoses. That figure is expected to rise when the numbers for 2016 are tallied. Attorney General DeWine says it’s a problem that can no longer be ignored, even if the forces against them are mighty.

“We understand what we’re taking on: five huge drug companies,” he said Wednesday. “I don’t want to look back 10 years from now and say we should have had the guts to file…It’s something we have to do.”