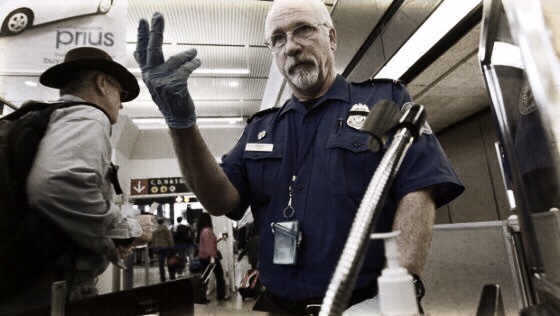 The TSA’s (Transportation Security Administration) has a secret program called “Quiet Skies.”  This program is tracking normal everyday Americans and surveilling them without their knowledge or consent – and without the ordinary travelers being accused of a crime or being on any watchlist of any kind.

“Federal air marshals have begun following ordinary US citizens not suspected of a crime or on any terrorist watch list and collecting extensive information about their movements and behavior,” reports Jana Winter, a Boston Globe Spotlight fellow.  The program has been criticized by the Air Marshalls who are tasked with carrying it out because they have been commanded to follow around Americans who pose no threat. Many see it as a waste of time and resources.

As first reported in the Boston Globe, the “Quiet Skies” program uses a computer algorithm to spot flyers (including ordinary and everyday American citizens) whose travel and activities match with current threat intelligence. Those flyers are reviewed by a human team that vets the information. If the human team decides something in the flyer’s background raises concerns, that flyer will be surveilled by Federal Air Marshals.

Although the Air Marshals still followed the orders to invade the privacy of ordinary citizens, they have expressed some concerns. Some air marshals, in interviews and internal communications shared with the Boston Globe, say the program has them tasked with shadowing travelers who appear to pose no real threat. One example is a “businesswoman who happened to have traveled through [Turkey] … a Southwest Airlines flight attendant [who was on duty] … a fellow federal law enforcement officer.” One air marshal’s message to another read: “jeez we need to have an easy way to document this nonsense. Congress needs to know that it’s gone from bad to worse.”

The TSA said in a statement to CBS News the program’s primary purpose is to “ensure passengers and flight crew are protected during air travel,” adding that it doesn’t take race and religion into account and “is not intended to surveil ordinary Americans with routine reviews and active management via legal, privacy and civil rights and liberties offices, it is a practical method of keeping another act of terrorism from occurring at 30,000 feet.”

Most Americans should know better than to accept that answer, however.  It’s a massive expansion of government intrusion into the lives of everyone.