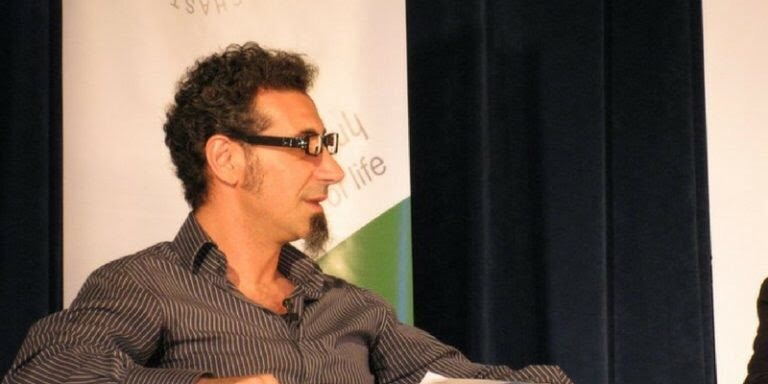 Biotech giant Monsanto may face resistance to expanding their operations into Armenia after alternative rock musician Serj Tankian publicly criticized the company’s appearance at a recent conference at the U.S. embassy in Yerevan, Armenia.

Yerevan, Armenia — On November 1, the United States Embassy in Yerevan, Armenia, hosted a business conference aimed at connecting Armenian agriculture companies with the “expertise, products, and technology” of U.S. corporations Monsanto and Valmont. According to a press release from the embassy, the event was organized in partnership with the Armenian Ministry of Agriculture and HSBC Bank Armenia.

According to the press release:

“The conference aimed to strengthen commercial ties between the United States and Armenia by connecting representatives from American and Armenian agribusinesses, and by giving American companies the opportunity to showcase the latest technological advances in the field.”

Monsanto and Valmont sent representatives to present their products and services, as well as to learn about “business opportunities” in Armenia. The press release also noted that the conference featured presentations by HSBC Bank Armenia, International Finance Corporation (IFC), the Center for Agribusiness and Rural Development (CARD), and Armenian government officials.

Such a meeting might typically go unnoticed by most of the population of the U.S. and Armenia. However, the issue garnered attention in Armenian media due, in part, to the actions of Serj Tankian, a Lebanese-born Armenian-American musician, political activist, and founding member of the band System of a Down. “Armenia please please stay free and clear of Monsanto. There is ample proof that Monsanto’s sprays have poisoned our environment contributing drastically to dying off of bees,” Tankian posted on Facebook on November 2nd.  The comment was likely in reference to RoundUp, a popular Monsanto-owned insecticide that contains the controversial ingredient glyphosate. Tankian also said apples in Armenia taste different than in America due to “thousands of years of agriculture and cultivation” and warned about the potential dangers of introducing genetically engineered seeds and foods into the Armenia.

On November 7, Tankian again commented on the issue with a Facebook post stating, “Good job ATP for talking about Monsanto in Armenia.” He was referencing a statement from the Armenian Tree Project. In the statement, ATP founder Carolyn Mugar invoked the “Precautionary Principle” as endorsed by the United Nations General Assembly. The Precautionary Principle calls for precautionary measures when dealing with activities that have the potential to raise the threat of harm to the environment or human health. The ATP statement called Monsanto’s seeds “a threat to biodiversity and native and organic crops” because of “consolidation and corporate ownership of seeds.”

ATP also called attention to Monsanto’s pesticides leading to the creation of “superweeds” and “superbugs,” which are resistant to pesticides, leading to an increase in the use of chemicals. In addition, ATP noted that “Farmers have been pushed out of business and off the land by corporations like Monsanto due to corporate control of seeds.” The non-profit also mentioned that the often touted promise that GMO foods lead to increased yields or farm profitability is not necessarily true. Finally, the Armenian Tree Project noted that “the long-term safety of utilizing GMO technology has not been fully evaluated.”

Tankian’s Facebook posts went viral across Armenian media, with the Armenian Weekly, Eurasianet, and other sites crediting Tankian for sparking negative reactions from the public. Eurasianet noted that local activists sent a letter to the Armenian government and to U.S. Ambassador to Armenia Richard M. Mills arguing against the expansion of Monsanto’s business in the nation. Eurasianet reported:

“Armenia banned the production of GMOs two years ago but the import of food containing genetically modified components is allowed if the products are marked as such. The market is unprotected from the sale of such products.

“In a recent interview, Monsanto’s sales manager in the CIS Alexander Zvyagintsev assured journalists that the company will not offer its Armenian partners the opportunity to work with genetically modified products such as seeds. Zvyagintsev claims the company does not allow the use of such items in countries where it is prohibited.”

Popular bilingual Armenian news site Asbarez was also critical of the conference and the welcoming of Monsanto into Armenia. “We all want the United States to invest in Armenia and become a conduit for better economic stability in the country,” Asbarez wrote. “But, companies like Monsanto, whose notorious bullying tactics to force farmers to conform to is corporate aim to monopolize the agriculture sector will hinder the growth of the agriculture industry in Armenia and will have a far-reaching impact on the future of the country’s productivity and resources.”

Following the pushback against Monsanto’s appearance, non-profit EVN Report launched a 10-day investigation that included interviews with representatives from Armenia’s agricultural, international development, public health, and legal sectors. The EVN Report investigation found that Monsanto has actually been operating in Armenia for nearly two decades. According to the report, “the local distributor of Monsanto seeds in Armenia is a company called Agroline Limited, which has the exclusive rights to selling seeds from Dutch-based companies Seminis and De Ruiter Seeds, both bought out by Monsanto in 2005.”

The EVN Report could not provide a simple yes or no regarding whether or not Monsanto’s genetically engineered or modified seeds are being distributed throughout Armenia.“After conducting intensive research, speaking with officials from relevant ministries, specialists in agribusiness, representatives and distributors of Monsanto products, and others there are more questions than answers,” the report concluded. Officially, the answer is no, unofficially, no one knows for sure. The report highlights the ignorance around what constitutes genetic engineering, hybrid, and traditional seeds.

The EVN Report also points to the fact that developing nations with populations that have not been educated about the potential benefits and dangers of new technology are left to trust politicians and corporate executives. If the people of Armenia are to have true sovereignty — if they are to decide what seeds and foods they want to allow on their land — they must be properly educated. Only then can they make an informed decision that represents the needs of their people.