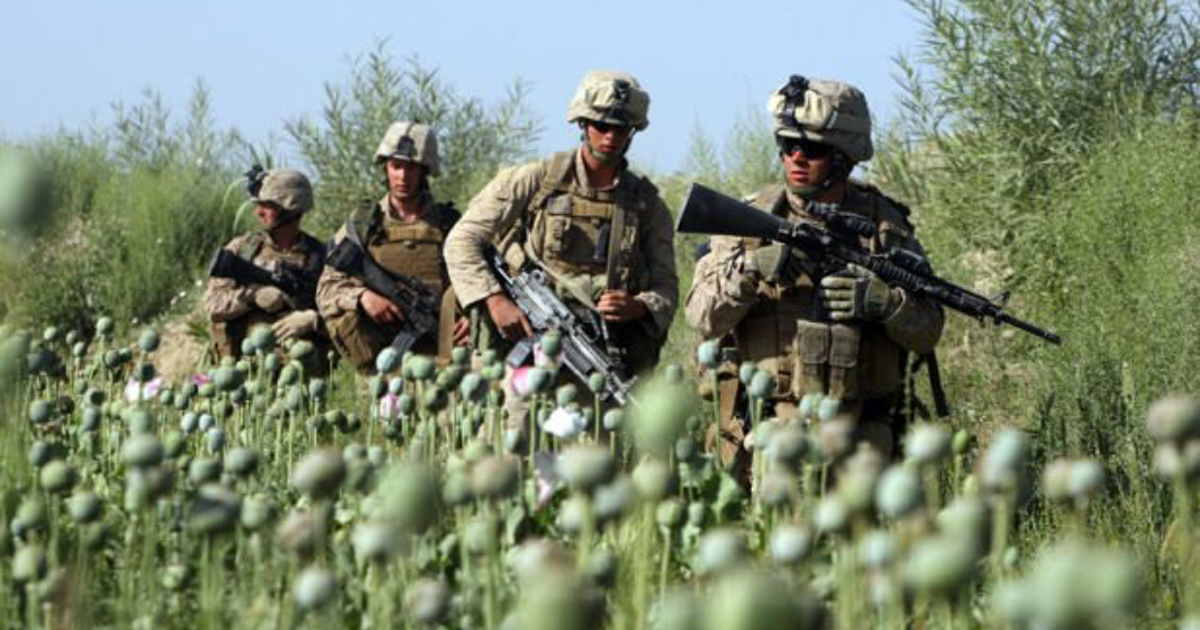 The U.S. is on year 16 of its war in Afghanistan. There are American troops in Afghanistan that were just 2 years old when this misguided war began.

Not only does the Taliban control most of the country, but another deadly side-effect (no pun intended) has come from this disastrous war.
Mint Press News reports:

When the U.S. overthrew the Taliban in the wake of 9/11 as part of its newly launched “war on terror,” it set the stage for the explosive growth of Afghanistan’s dying opium industry. A few short months before the invasion took place, the Taliban made headlines for having “dramatically ended the country’s massive opium trade” after the leader of the fundamentalist group had declared the substance to be un-Islamic. At the time, Afghanistan’s opium was used to produce 75 percent of the world’s heroin.

But despite being squashed by the Taliban, the opium market made a dramatic comeback immediately following the U.S. invasion in October 2001. Not only was the opium trade restored, it surged drastically – rising from a production level of 185 tons under the Taliban (before the production ban) to 3,400 tons in 2002.

Over a decade later, the amount of opium harvested annually continues to rise. Afghanistan’s opium is now used to produce 90 percent of the world’s heroin. This increase has been directly overseen by U.S. forces, whoopenly guard Afghanistan’s poppy fields. Indeed, during that same time, the U.S. governmentclaims to have spent $8.4 billion on counternarcotic programs within Afghanistan. […]

In addition, opioid addiction – in the form of both legal opiate painkillers and illegal drugs – is growing out of control in the U.S., with more opium being consumed within America than ever before. The onset of this epidemic coincided with the U.S.’ occupation of Afghanistan as, between 2002 and 2013, U.S. heroin usejumped by 63 percent, reachinga 20-year high. Heroin overdoses quadrupled in the U.S. within that same timeframe.