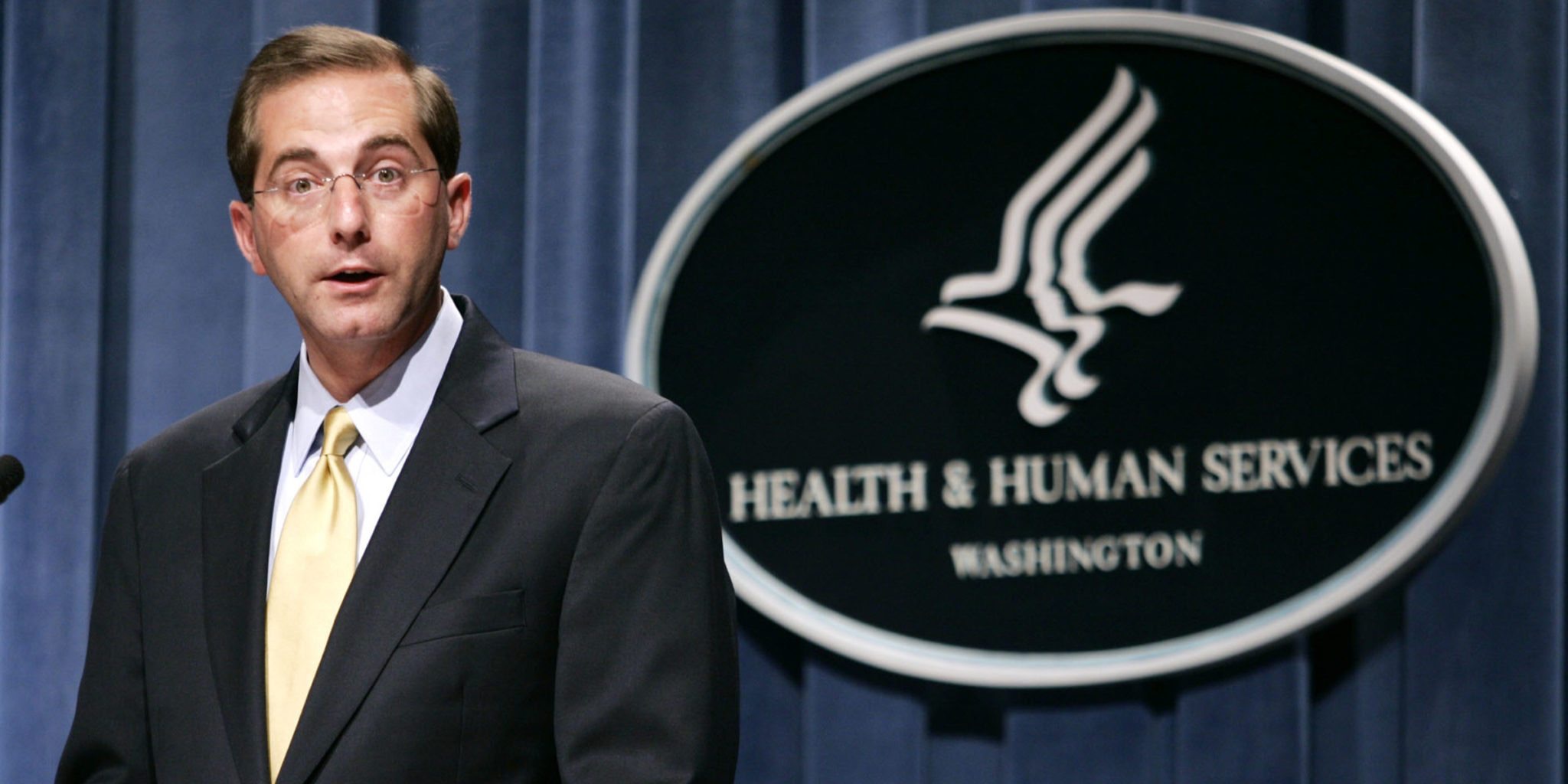 President Trump has nominated a former lobbyist and executive of a major pharmaceutical company to be U.S. Health Secretary.

On Monday, Trump announced his pick for Secretary of the Department of Health and Human Services. “Happy to announce, I am nominating Alex Azar to be the next HHS Secretary. He will be a star for better healthcare and lower drug prices,” Trump tweeted. The nominee immediately came under scrutiny for his former connections to the pharmaceutical industry.

Happy to announce, I am nominating Alex Azar to be the next HHS Secretary. He will be a star for better healthcare and lower drug prices!

Azar formerly served as U.S. Deputy Secretary of Health and Human Services under George W. Bush from 2005 to 2007. In June 2007, Azar began working as a lobbyist for pharmaceutical giant Eli Lilly and Company. Azar also served as Eli Lilly’s spokesman as its Senior Vice President of Corporate Affairs and Communications. Beginning January 1, 2012, Azar was promoted to President of Lilly USA, LLC, the largest division of Eli Lilly and Company – a position which put him in charge of Eli Lilly’s entire U.S. operation.

During his tenure at Eli Lilly, prices for drugs were repeatedly raised, including doubling the top-selling insulin. Eli Lilly has also previously come under investigation for “systematic and illegal off-label sales” of a powerful psychiatric drug called Zyprexa. As the result of an investigation into Eli Lilly’s activities between 1999 and 2005, the company plead guilty and agreed to a $1.415 billion fine for promoting uses of the drug which were not approved by the Food and Drug Administration (FDA). Although Alex Azar was not yet in charge of the company during this investigation it is indicative of the type of actions Eli Lilly has taken.

Reuters reported that Democratic Representative Elijah Cummings said the nomination of Alex Azar to Health Secretary was “like a fox guarding the hen house.” The nominee must be approved by the U.S. Senate before it becomes official.

If Alex Azar is approved as the head of the Department of Health and Human Services he would be responsible for oversight of the U.S. FDA, the agency responsible for regulating the drug industry. Azar will be joined by Scott Gottlieb, Trump’s equally controversial appointment to Commissioner of the FDA. During Gottlieb’s confirmation hearings, Senator Ed Markey called attention to Gottlieb’s close ties to pharmaceutical companies that sell and promote opioids. “We need FDA to be a tough cop on the beat, not a rubber stamp approving the latest big pharma painkillers,” Markey said at the time.  With Alex Azar and Scott Gottlieb in control of the FDA regulatory process it is likely the U.S. can expect an increase in support for opioids.

Interestingly, until recently Alex Azar was also a member of the board of directors of the Biotechnology Innovation Organization, a pharmaceutical lobby. As the organization’s name implies, they support the advancement of biotechnology, including the use of genetically engineered or modified organisms in food. A statement on BIO’s site repeats the myth that “plants and animals derived from biotechnology, so-called GMOs, are needed to help feed the world safe, healthful and affordable food in a more environmentally sound and sustainable way.”

supported the federal GMO “labeling” bill which opponents referred to as the Deny Americans the Right to Know, or DARK Act, because the bill actually prevents local governments and states from being able to set their own labeling laws. Instead, the bill puts the federal government in charge of the process. The signing of the bill caused concern among proponents of transparency and safety due to the U.S. governments revolving door with executives from Big Pharma and Biotech companies such as Monsanto.

One final note on Alex Azar’s history which may be interesting to our readers is the fact that on August 3, 2001, Azar was confirmed to be the General Counsel of the U.S. Department of Health and Human Services. Azar is reported to have played an important role in responding to the 2001 anthrax attacks which have been proven to be a false flag. Azar is said to have been involved preparing a vaccine in response to these false flags.

The Swamp Is Not Being Drained

If you have been paying attention (or reading Activist Post) you would have seen this coming. In late January, Trump held a private meeting in the Oval Office with Big Pharma execs. At the beginning of the meeting Trump was quoted “We have to get prices down. We have no choice.” After the meeting Trump seemed to be singing a different tune. In February Newsweek reported:

Trump said he will be “streamlining the process” so that companies do not have to wait years for a new product to be approved. Although he did not provide details, he hinted that his yet-to-be-named chief of the Food and Drug Administration has some plans. (This would turn out to be the Big Pharma friend Scott Gottlieb)

The president has repeatedly vowed to curtail government regulation in general, most recently with an executive order requiring the removal of two regulations for every new one introduced. And although granting Medicare the ability to negotiate drug prices was one of the president’s major campaign promises, he has abandoned it. Without the power to limit pricing or more restrictive patent laws it is unclear how the federal government could have any impact on drug costs.

The Executive Orders mentioned were touted as removing harmful regulations from hard working Americans, but in reality these EOs further entrenched the power of Big Pharma. Business Insider wrote that “Trump just sold us all out on drug pricing,” while The Hill wrote:

Another policy that is under discussion would instruct agencies to pursue trade policies that would strengthen the intellectual property rights of pharmaceutical companies.

Such industry-friendly policies would be a dramatic departure from what President Trump promised on the campaign trail.

In conclusion, Trump’s appointment to Secretary of the Department of Health and Human Services is the same as his appointment to the head of the FDA – he is an establishment insider who is closely connected to (and formerly employed by) a major pharmaceutical company. His close ties to this industry – as well as opioid makers – does not fare well for the future of America’s opiate crisis or the general health of all Americans. We should expect to see the reliance on pharmaceuticals increase as these corporations become further enmeshed with the U.S. government.