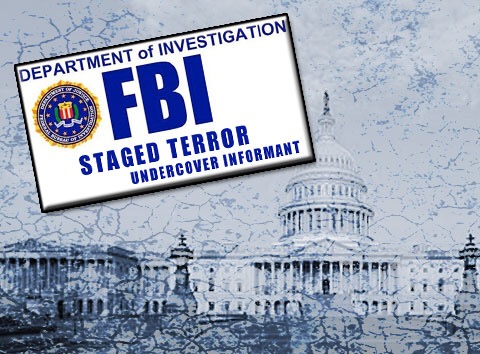 A former military and intelligence operative who has called into The Alex Jones Show on numerous occasions has been picked up by the FBI after his shocking public warning that the United States was about to fall victim to a false flag terror attack, according to a report by Infowars.com.

The caller, identified only as Zach, warned yesterday that the Saudi civil war was about to “spill over” into terror attacks within the United States that would be blamed on Yemeni nationals but actually carried out by deep state agents within the CIA.

“There are going to be attacks, by what will be described as Yemeni nationals in the United States but I’m just going to put this out there, these are CIA operatives, CIA proxies who are rogue at this point because their entire infrastructure has been dissolved by the Trump Administration,” the source warned.

“I’m just going to say it right now, during this week there is an attempt by Yemeni nationals inside the United States… false flag,” he continued after discussing who really launched the ICBM from Yemen.

Sometime after the insider revealed this bombshell information he was apparently picked up by the FBI, despite the fact that he had not revealed any classified information.

In other words, the source was seemingly taken into custody because of his false flag warning.

“We have a source who got picked up by the FBI last night, I know who the source is, and he has actually been in the news before and is a prominent member of the military and intelligence community,” Jones revealed in an update.

“The FBI came and picked him up two hours after he was on as a caller, took him in to a military facility and hes there… hes even still got his phone, they took it away and downloaded it. Took his laptop and home computer. He has a lawyer now. Over what he said on air.”

To recap, a high-level military and intelligence source not only revealed a Saudi connection to the Las Vegas Massacre, he then went on to warn about what he believed to be an upcoming false flag terror attack that would be blamed on the Middle East but actually carried out by the deep state.

He was taken into custody shortly after.

“The word is [from the source] that Yemeni terrorists are getting ready to strike in Europe and the United States as part of this civil war,” Jones continued. “Within two hours of him saying that, the FBI was at his house, had transcripts and recordings of his last 7 or 8 phone calls here.”

Stay tuned as this is a developing story that will be updated as additional information comes in.