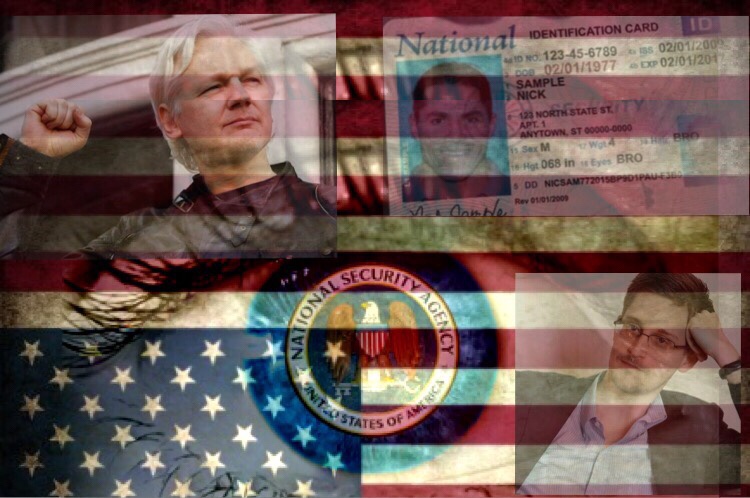 My Generation is the last one to have known privacy and to have lived out most of our lives in freedom.

Prior to the appearance of automobiles IDs did not exist in democratic nations. You were who you said you were.

The intrusive questions that accost us every day, even when doing something simple as reporting a telephone or Internet connection being out or inquiring about a credit card charge, were impermissible. I remember when you could telephone a utility company, for example, have the telephone answered no later than the third ring with a real person on the line who could clear up the problem in a few minutes without having to know your Social Security number and your mother’s maiden name. Today, after half an hour with robot voices asking intrusive questions you might finally get a real person somewhere in Asia who is controlled by such a tight system of rules that the person is, in effect, a robot. The person is not permitted to use any judgment or discretion and you listen to advertisements for another half hour while you wait for a supervisor who promises to have the matter looked into.

The minute you go online, you are subject to collection of information about yourself. You don’t even know it is being collected.

According to reports, soon our stoves, refrigerators, and microwave ovens will be reporting on us. The new cars already do.

When privacy disappears, there are no private persons. So what do people become? They become Big Brother’s subjects.

We are at that point now.

This interview witth Julian Assange is worth the 53 minutes: https://www.rt.com/news/438968-assange-last-interview-blackout/

This generation being born now… is the last free generation. You are born and either immediately or within say a year you are known globally. Your identity in one form or another –coming as a result of your idiotic parents plastering your name and photos all over Facebook or as a result of insurance applications or passport applications– is known to all major world powers.

Think about Assange for a minute. He has done nothing wrong. There are no charges against him. All charges have been dismissed. But he cannot walk out of the Ecuadoran Embassy in London without being seized by the British police and handed over to Washington whose prosecutorial apparatus intends to prosecute Assange for treason although he is not a US citizen but an Australian and Ecuadoran citizen.

What did Assange do? Nothing but practice journalism. His problem, his only problem, is that his journalism embarrassed Washington, and Washington intends revenge.

Law is nowhere in the picture. The UK is breaking all known laws including its own by the forced detention of Assange in the Ecuadoran Embassy.

The US in its determination to get Assange has no law whatsoever on which to stand. It only has raw unbridled power that can operate without law.

In other words, the Anglo-American world is totally lawless. Yet the Russian government holds firmly to its delusion that the US and Britain are countries with which agreementts can be made.

As I write Google, Facebook, Twitter, Amazon, Apple, and so forth are all making non-approved information disappear.

In a digital world, not only can our identities be stolen—indeed, it can be stolen multiple times so that there are many of you at the same time—but we can also be erased. Poof—push a button and there you go. This makes murder easy. You never existed.

As I said before and will say again, the digital world and artificial intelligence are a far worse disaster for mankind than ever was the Black Plague. All the smart people busy at work creating the new world are destroying the human race.

Paul Craig Roberts has had careers in scholarship and academia, journalism, public service, and business. He is chairman of The Institute for Political Economy.