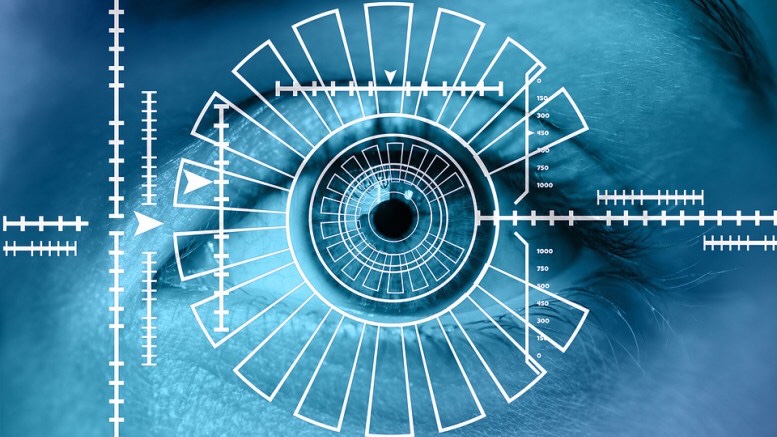 Company that helps manufacture U.S. citizens drivers licenses brags of “building and managing databases of entire populations” across the globe.

Big Tech has gathered unprecedented amounts of personal data from millions of people. At the same time, a system of total surveillance has been constructed: Facial recognition, biometric scanning, cell phone surveillance and more have amassed a huge amount of information.

We see the stories about the growing surveillance state, but we don’t hear about the gigantic multinational corporation that is helping to build the physical infrastructure supporting it.

Idemia (formerly Morpho), is a billion dollar multinational corporation. It is responsible for building a significant portion of the world’s biometric surveillance and security systems, operating in about 70 countries. Some American clients of the company include the Department of Defense, Homeland Security, and the FBI.

The company website says that Morpho has been “…building and managing databases of entire populations…” for many years.

From the company site:

Morpho has been building and managing databases of entire populations for governments, law enforcement agencies and other government bodies around the world, whether for national ID, health cards, bank cards or even driver license programs.

In the United States, Idemia is involved in the making of state issued drivers licenses in 42 states.

The company is now pushing digital license trials in the U.S. Delaware and Iowa are among five states involved in the trials this year. With the mobile license, law enforcement will be able to wirelessly “ping” a drivers smartphone for their license. The move is part of a wider trend toward cashless payment.

In India, the controversial Aadhaar national ID card system is also enjoying the support of Idemia through Safran Identity & Security, now part of Idemia. The company states that it is “in charge of all technological aspects of Aadhaar”.

Morpho is one of the companies chosen to take part in an unprecedented program called Aadhaar to count everyone residing in India and then assign each person a unique identification number. Morpho is in charge of all technological aspects of Aadhaar.

Several court cases have gone to India’s supreme court on grounds of privacy violations from Aadhaar. The ID system has had serious security breaches, with access to a billion identities being sold for less than $10 through WhatsApp.

One of the court filings (Mathew Thomas vs Union of India) details the rise of China’s social credit system, comparing the Indian Aadhaar initiative to the Chinese program.

The Chinese government initially permitted corporations to aggregate personal data of their customers and built algorithms that could then rate the worth of these customers. As such applications began to get integrated and large technology companies began to dominate every aspect of citizen lives, the ‘Social Credit Rating Systems’ that these companies ran became all the more pervasive.

Once this system had taken hold of the entire country, the State Council of the Central Government in China released an Outline of the Social Credit System Construction Plan

(2014-2020), which specifies that such Social Credit Rating Systems would be integrated into their governance by 2020. This represents the integration of such infrastructure into

the central architecture of the State, and would ensure a devastating amount of State control over its citizens.

A disturbingly similar pattern is being followed in the United States. Big Tech (Google, Apple, Facebook) has already gathered most of our personal data. It has also absorbed around 90% of Internet traffic, and is now openly allying with communist Chinese policies.

Facebook has begun rating users “trustworthiness” on the platform. At the same time, other major tech companies like Apple are removing content at the request of the Chinese government.

Between Idemia issuing digital drivers licenses to U.S. citizens and Big Tech’s data collection, we are inches away from a fully integrated national ID system and an accompanying social credit score.

At the moment, the United States does not have a government-backed program like the Chinese. However, if gone unchecked, a de facto social credit system could still take hold due to the pervasiveness of big tech influence.

Idemia is building the infrastructure of the massive world-wide biometric surveillance grid. Demand for “convenience” with wireless, cardless, cashless payment and shopping is driving us right into their hands.

Thanks to Citizens Council for Health Freedom’s report Exposing Idemia: The Push for National Biometric IDs in America

Contributed by Daniel Taylor of ActivistPost.com