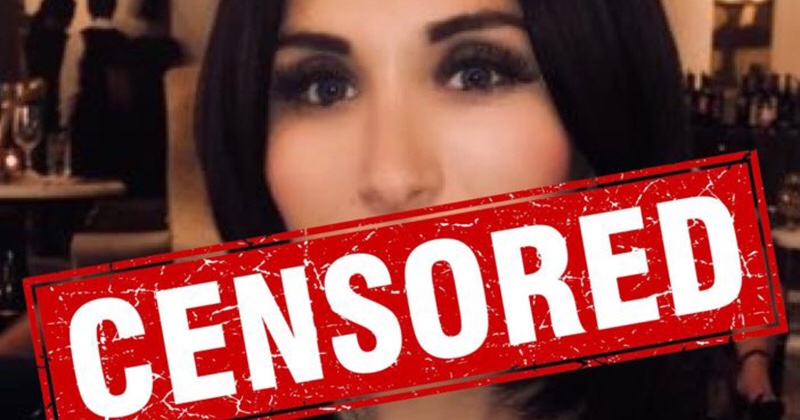 is diametrically opposed to the foundations of the united States of America, any thinking person would be rightly concerned about any follower of Muhammad having any position of authority in our society.  This is the case with investigative journalist Laura Loomer, whose Facebook page was removed simply because she questioned a congressional candidate for Congress from Minnesota who just so happened to be a Muslim.

The unpublishing of her page took place less than 24 hours after Loomer posted a video of her being assaulted by Rashida Tlaib, a Palestinian Muslim, a soon-to-be congresswoman as she was asking her questions at a political rally on Saturday for another Minnesota Muslim candidate, Ilhan Omar.  You may recall the report on Omar about her lying under oath in the divorce of her brother.

Here’s the video of the assault.

You can see Tlaib attempts to grab Loomer’s camera.  Both women are tied to terror organizations.  Both have expressed hatred for Jews and are campaigning alongside for profit, lying Linda Sarsour & designated terror group Council on American-Islamic Relations (CAIR).

We all know what that means, Facebook didn’t like Muslim supremacists being exposed for what they are.  It had nothing to do with their community standards or their terms of service.

On her main page, one of the admins posted, “admins are able to post on this page now. This page was also temporarily unpublished too. Censorship on Fb is alive and well!”

This isn’t the first time that Loomer has been assaulted by those in or seeking political office.

In June, Loomer was assaulted by Repl. Maxine Waters (D-CA) as she attempted to question her about inciting mobs to “push back” against Trump cabinet members in public.

She later filed a police report and said she would be seeking to press charges against Waters.

This is just more evidence of the judgment of God, not because of some bad theology in which some Christians have been misled about the geo-political state of Israel, but because those same Christians have failed to be salt and light here in our own country and expose the darkness for what it is, including Islam.  They have failed to repent and turn back to the true God and seek His mercy and heal our land.  Thus, God is bringing all the curses He promised to bring upon a disobedient people, and this is one of them.

“The Lord will open to you his good treasury, the heavens, to give the rain to your land in its season and to bless all the work of your hands. And you shall lend to many nations, but you shall not borrow.  And the LORD will make you the head and not the tail, and you shall only go up and not down, if you obey the commandments of the LORD your God, which I command you today, being careful to do them,… But if you will not obey the voice of the Lord your God or be careful to do all his commandments and his statutes that I command you today, then all these curses shall come upon you and overtake you…. The sojourner who is among you shall rise higher and higher above you, and you shall come down lower and lower. He shall lend to you, and you shall not lend to him. He shall be the head, and you shall be the tail.” -Deuteronomy 28:12-13; 15; 43-44

It’s going to get a lot worse, if Americans don’t repent and don’t stand up against the enemies within.

Loomer is one that is taking the fight to the opposition.  Just take a look at some of her past work and support her if you are able.