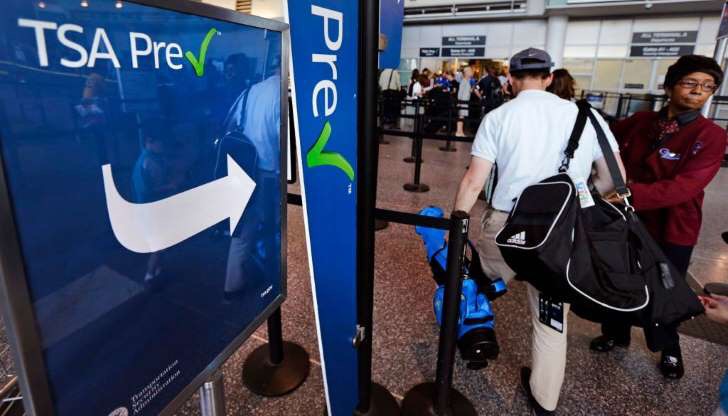 The TSA is moving forward with plans to gradually implement facial recognition and other biometric data into screenings at the airport. The agency began testing out the methods, which also include iris scans and fingerprints, on enrollees in their PreCheck program at two airports this summer. On November 1, they announced plans to expand the program.

The Pre-Application program claims to improve “aviation security by permitting TSA to better focus its limited security resources on passengers who are more likely to pose a threat to civil aviation, while also facilitating and improving the commercial aviation travel experience for the public.”

Applicants to the program submit biographic information (including their name, address, and date of birth) and biometric data to a TSA contractor, which forwards the information to the agency. According to a TSA document posted on the government’s regulation website on November 1, in June and July of this year, they “launched a proof of concept initiative at Hartsfield-Jackson Atlanta International Airport and Denver International Airport to determine whether fingerprints from TSA Pre✓® Application Program applicants,” who volunteered to participate, could be used for identity verification.

Now, they are “seeking a revision to the currently approved request to allow for the collection of additional biometrics, particularly facial images but may include other biometrics such as iris, from TSA Pre✓® Application Program applicants.”

According to the TSA:

“The regular collection of biometrics, such as facial images, will provide TSA with the ability to use those biometrics for identity verification at TSA checkpoints, potentially eliminating the need to show identity documents and improving both security and the customer experience.”

But some privacy advocates disagree with the attempted expansion. According to the Electronic Frontier Foundation, the TSA’s push to expand its use of biometrics is part of a broader push by the Department of Homeland Security to nationalize these tactics.

As the organization wrote this week:

“While this latest plan is limited to the more than 5-million Americans who have chosen to apply for PreCheck, it appears to be part of a broader push within the Department of Homeland Security (DHS) to expand its collection and use of biometrics throughout its sub-agencies.”

They noted that as early as last year, “Customs and Border Protection (CBP) used face recognition to capture pictures of travelers boarding a flight out of the country and walking across a U.S. land border and compared those pictures to previous recorded photos from passports, visas, and “other DHS encounters.”

In 2015, Vice News reported CBP was using the technology at Dulles airport in Washington, D.C. “Here we have a program where individuals are not suspected of wrongdoing and are engaged in routine behavior,” said Jake Laperruque, a fellow at the Center for Democracy and Technology, at the time. “And they are being required to submit a piece of biometric data that could identify them later and that’s going to be retained.”

Though CBP previously said it would collect facial recognition data on all travelers, it vowed to delete data associated with US citizens. They have since changed their stance, as EFF summarizes:

“Now the agency plans to roll out the program to other border crossings, and it says it will retain photos of U.S. citizens and lawful permanent residents for two weeks and information about their travel for 15 years. It retains data on “non-immigrant aliens” for 75 years.”

These actions would be carried out without congressional authorization.

Though CPB initially said they would limit these practices to international flights, they are now seeking to expand them to domestic flights, as well. The agency “wants to create a ‘biometric’ pathway that would use face recognition to track all travelers—including U.S. citizens—through airports from check-in, through security, into airport lounges, and onto flights,” EFF explains. “And it wants to partner with commercial airlines and airports to do just that.”

EFF has also raised concerns about biometric data being placed in the hands of third parties, including but not limited to airlines. DHS sub-agencies are sharing data with the FBI, and the TSA Pre-check program shares it with private companies it uses as contractors. For example, a company called Idemia contracts with the TSA and “now offers expedited entry for PreCheck-approved travelers at concerts and stadiums across the country. Idemia says it will equip stadiums with biometric-based technology, not just for security, but also ‘to assist in fan experience.’”

Lawmakers are slated to endorse at least some of these activities, according to EFF:

“As we noted in earlier blog posts, the ‘Building America’s Trust’ Act would require the Department of Homeland Security (DHS) to collect biometric information from all people who exit the U.S., including U.S. and foreign citizens. And the TSA Modernization Act, introduced earlier this fall, includes a provision that would allow the agencies to deploy ‘biometric technology at checkpoints, screening lanes, bag drop and boarding areas, and other areas where such deployment would enhance security and facilitate passenger movement.’”

EFF, which is urging people to email their senators, summarized the threat:

“All Americans should be concerned about these proposals because the data collected—your fingerprint, the image of your face, and the scan of your iris—will be stored in FBI and DHS databases and will be searched again and again for immigration, law enforcement, and intelligence checks, including checks against latent prints associated with unsolved crimes.”

“That creates a risk that individuals will be implicated for crimes and immigration violations they didn’t commit. These systems are notoriously inaccurate and contain out-of-date information, which poses a risk to all Americans. However, due to the fact that immigrants and people of color are disproportionately represented in criminal and immigration databases, and that face recognition systems are less capable of identifying people of color, women, and young people, the weight of these inaccuracies will fall disproportionately on them.”

Further, they pointed out how often information is hacked and leaked, questioning whether any government or private organization is capable of protecting private information.

“But losing your social security or credit card numbers to fraud is nothing compared to losing your biometrics,” they warned. “While you can change those numbers, you can’t easily change your face.”

Carey is the editor-in-chief of Anti-Media. Shortly after graduating from UCLA with a degree in History, she got her start making Youtube videos, which led her to Anti-Media. Besides editing, she also covers foreign policy, the war on drugs, and solution-oriented developments. Her work has been published in Newsweek, Ron Paul’s Liberty Report, and the Foundation for Economic Education.

Contact Carey via email: carey.wedler@theantimedia.org. Support her on Patreon: patreon.com/CareyWedler