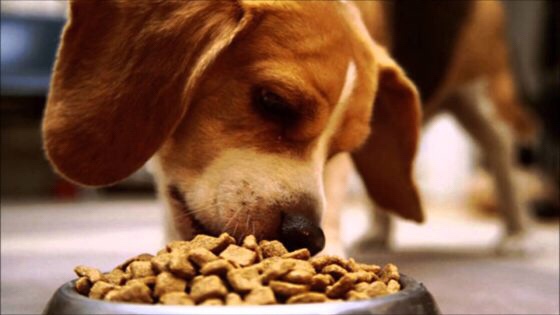 A popular brand of dog food has been recalled after one dog died and number got sick from ingesting sodium pentobarbital. That’s one of the three drugs in a “death row” cocktail shot used to euthanize humans and pets.

According to IFL Science, several brands of dog food have been voluntarily recalled after several dogs got sick and one dog died after eating “Hunk of Beef Au Jus” dog food, according to Food Safety News. The problem is not limited to this particular brand of dog food, and the FDA has issued an alert about contamination of several different products.

The ingredient found in the dog food is a barbiturate that forms part of a three-drug cocktail used in executions, so not something you’d want to find in your dog’s meal or treats. The drug is very commonly used in the euthanasia of pets, including cats and dogs. The FDA  has issued warning signs to look out for if you had fed your pet the “Hunk of Beef Au Jus” dog food.

Only about 50 percent of a cow can be sold for human consumption, according to FDA rules, for example, so the rest of the meat is used in pet foods. Slaughterhouses can send the other parts (deemed not fit even for cheap sausages) to a rendering plant, to be ground down by an industrial-sized grinder. Cows and other livestock aren’t the only things that get ground up in these plants, however. Roadkill, expired meat from grocery stores, zoo animals, diseased livestock (whole) and, even euthanized pets can all get ground up in the rendering plant.

The FDA is investigating how the drug got into the supply line, but it’s possible that it got there because it was present in high quantities in the euthanized rescue dogs that were ground up in a rendering plant, and then sent out to be used in dog food.

According to Food Safety News, the problem is not limited to this particular brand of dog food, and the FDA has issued an alert about contamination of several different products as well.

Contributed by The Daily Sheeple of www.TheDailySheeple.com