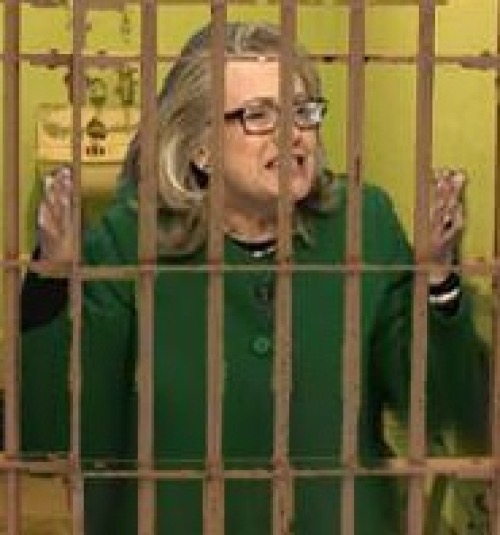 On the eve of Halloween, the Whitehouse may be falling on the wicked bitch of the west. Information leaking to the web claims Hillary Clinton will finally be arrested on Monday.

A federal grand jury has approved the first charges in Robert Mueller’s investigation. Arrests could be made as early as Monday, according to a report by CNN.

The charges are still sealed under orders from a federal judge. Plans were prepared Friday for anyone charged to be taken into custody as soon as Monday, the sources said. It is unclear what the charges are.

A spokesman for the special counsel’s office declined to comment. The White House also had no comment, a senior administration official said Saturday morning.

The news of an indictment sent excitement through the anti-Trump movement with speculation that someone from the President’s administration was about to be arrested. Liberals are already celebrating, throwing out names such as Paul Manafort and Michael Flynn.

While the left is betting on the indictment being a step toward removing Donald Trump from office, they are ignoring the facts surrounding Mueller’s investigation. The investigation into Russian interference of the election has turned up more evidence against Hillary Clinton than Trump.

“In terms of ‘charges’, I can’t even imagine what might even be considered now that the false evidence from the politically-motivated, big-money-financed Dodgy Dossier that started this extrajudicial disaster has instead been so thoroughly exposed as a complete sham,”

While mainstream media focuses on news of an indictment, they are assuming an arrest of someone connected to Trump. Being ignored is a thread linked to 4chan two days before, claiming Clinton will be arrested on the 30th. 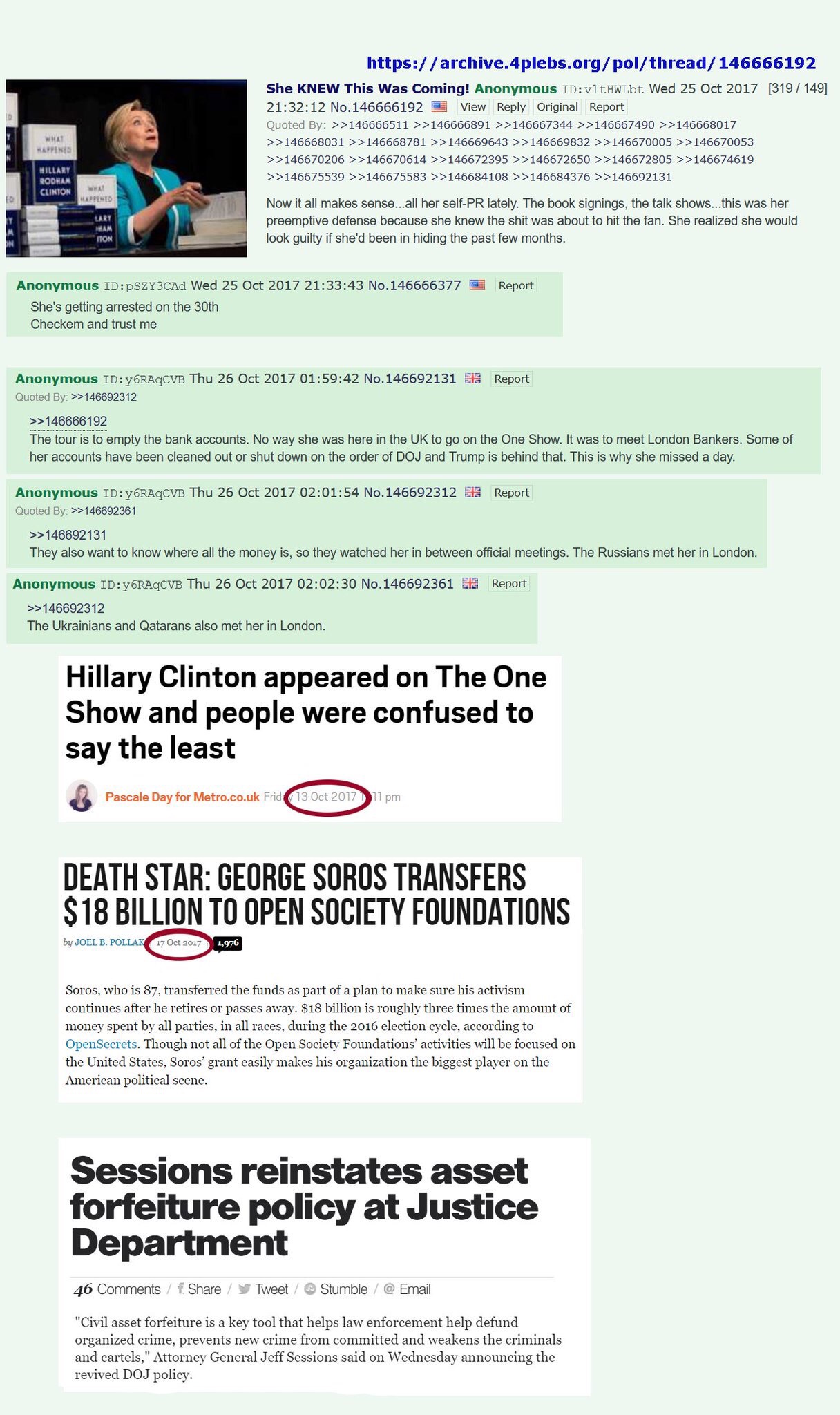 The posting on 4chan is no guarantee that Crooked Hillary is in fact going to be arrested, but it does raise hopes for those seeking justice for America. The site has been known to leak credible information before it happens. However, caution should be taken as they have also leaked disinformation at times. Is this a trick or a treat? The answer will be unsealed on Monday October 30th.

News of a possible arrest of Hillary Clinton comes as a pleasant surprise for Trump’s support base. A growing number of supporters have become discouraged by his failure to make good on certain campaign promises. Most notably, his call to “lock her up”. Trumps support base grew to the point of victory when he stated during the second presidential debate that he would put her in jail.

“If I win, I’m going to instruct my attorney general to get a special prosecutor to look into your situation, because there’s never been so many lies, so much deception.”

President Trump is aware that Americans are growing impatient for justice. So much so that many are joining on calls for Jeff Sessions to resign. To save face with his support base, the President will have to make good on two promises. Lock her up, and drain the swamp.

In order to make America great again, Trump has to follow through with his threats to the deep state. Law and order will not be restored if there is no order within the law.